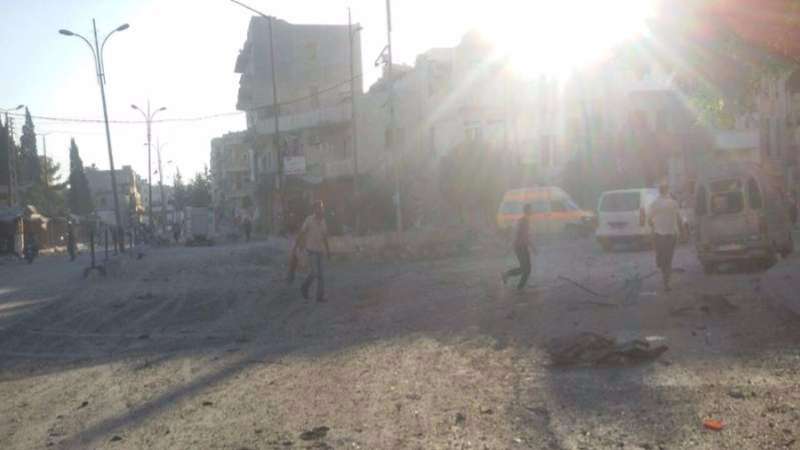 Idlib - Sep. 1, 2016
__new_Underarticle_image_EN__
Orient Net
At least two civilians were killed on Thursday and tens were seriously injured after Assad regime’s warplanes conducted a round of airstrikes on many towns and villages of Idlib, Orient News correspondent said.
"Assad or Russian vacuum missiles directly attacked the automatic bakery of Taftanaz causing mass destruction in the building and collateral damage in the neighboring buildings. The attacks have rendered the bakery out service," an eye witness told Orient Net on condition of anonymity.
The bakery of Taftanaz provides more than 12.000 civilians with bread. Attacking this vital bakery will deal a severe blow to locals in the city which is located in the northeastern countryside of Idlib.