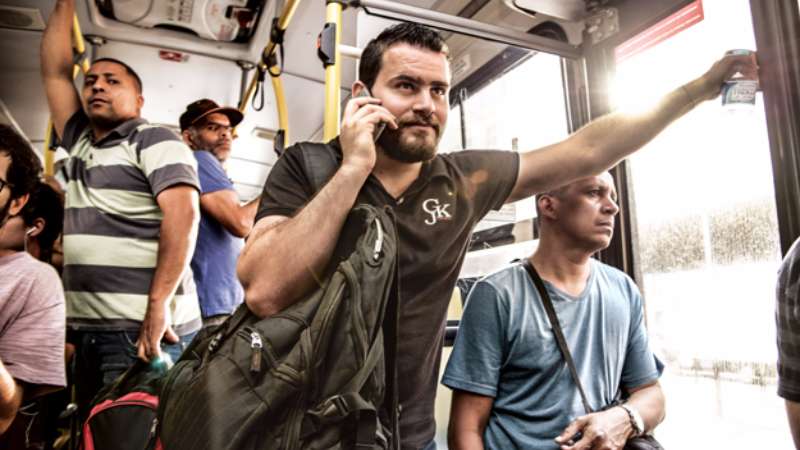 How a Syrian Refugee fled to Brazil and wound up translating at World Cup
When Ali Jeratli arrived in São Paulo in February 2014, the Syrian refugee understood just one word of Portuguese: bem-vindo (welcome).
He had no contacts, no guidebook, and no more than $ 700 to make a new start after fleeing the war in his homeland.
But the outgoing Jeratli, then 26, possessed resourcefulness, determination — and a bit of luck.
The first month he was in Brazil, a friendly conversation at a bar led to an invitation to live with a Brazilian family at their house on the city outskirts.
Within a few months, Jeratli, one of more than 2,000 Syrians granted asylum by Brazil since 2013, had become proficient in Portuguese by jumping into every class on offer from local refugee-assistance organizations.
That paid off in spades when one day on the São Paulo metro he struck up a conversation with a fellow rider, who immediately invited him to a job interview. Jeratli followed the man into a building where a woman tested his fluency in Portuguese, English and French.
“Then she told me, ‘congratulations,’” recalled Jeratli, “I said, ‘Why? Where will I work?’ She said, ‘You’re going to work at the (2014) World Cup.’ I told her to pinch me.”
Jeratli, an avid soccer fan, was hired to give translation assistance to international attendees to all six matches in São Paulo, even getting on-field access.
__new_in_first_article1__
“This is one point in your life you’re going to remember forever,” Jeratli said. “You’re going to say to your son and to everybody how you were at the World Cup.”
His language skills have since led to jobs teaching English and Arabic at the local language school Abraço Cultural, which employs refugees as teachers.
Jeratli said he would like to return to his former profession in hotel management, but local businesses won’t recognize his foreign university degree and a national recession has undermined the job market.
Still, with the money he’s saving, Jeratli hopes to get his own apartment and fly his parents and sisters to São Paulo from Syria — unless the war’s end allows him to return there first.
“Even in paradise,” he said, “a Syrian would say: I want to go back.”
Until then, nostalgia won’t stop Jeratli from embracing Brazil.
Reflecting on his first two years in his adopted country, Jeratli believes he has found success by learning the language and culture of his new compatriots and embracing Brazil’s extraordinary hospitality.
He is now imparting those lessons as Brazil expects thousands more Syrians to arrive.
Jeratli pitches in at several São Paulo organizations that provide refugees with social assistance and language training. “I’m trying to help them,” he explained, “because I know what it’s like when you’re alone and know nothing.”
قيم هذا المقال