Assad regime violates truce in Qudsayya and arrests many civilians 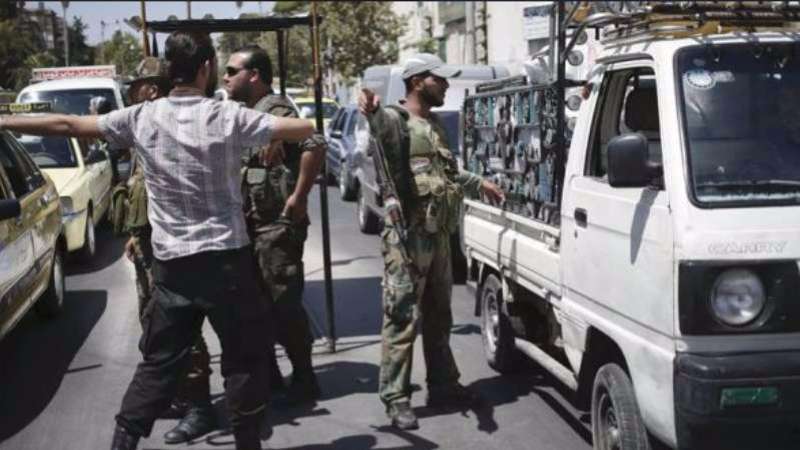 Orient Net
Assad terrorists on Tuesday evening carried out a large campaign in Qudsayya checkpoint in Damascus countryside and they arrested many civilians. This made opposition fighters storm the check point and control it to sever the road that leads to Qudsayya countryside resulting in besieging the checkpoint members in one of their buildings, Orient News correspondent Mohammed Abdul Rahman reported and added that all started when Assad terrorists at the checkpoint beat and insulted civilians and that resulted in fighting between opposition fighters and Assad terrorists.
Conciliation committees interfered and an agreement was concluded which led to lifting the siege in return for the body of Eyad al-Bushi who was killed by Assad terrorists.
Damascus countryside correspondents’ web documented the killing of four civilians in Damascus and its countryside.
Fighting broke out between ‘Qalamoun Shield Brigade’ and military security of Assad within Talfeeta town in western Qalamoun with no casualties reported.