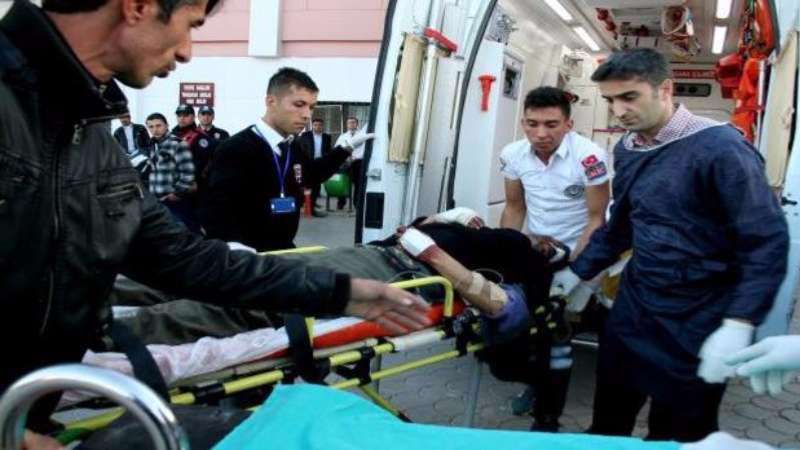 Orient Net
Islamic State of Iraq and Syria (ISIS) claimed on Monday responsibility for the explosion that rocked on Sunday Atma humanitarian border crossing on the Syrian-Turkish border, leading to the death of a number of civilians and injuring many.
A security source cited Amaq, ISIS’ news agency, as saying that “A fighter of the Islamic State blew his explosive belt in an assembly of Free Syrian Army members in Atma border crossing in Idlib, killing about 50 of them.”
The explosion happened near Atma police station then ambulances rushed to the site.
The suicide bomber blew himself inside a bus at the entrance of Atma Refugee Camp near the border crossing.
Most of the victims were from opposition fighters’ factions which run the humanitarian border crossing, such as al-Sham Legion, Mountain Falcons, and Hamzah Brigade.
It is worthy to mention that this is not the first time opposition fighters are targeted in the border crossings that they control. Bab al-Salama and Bab al-Hawa border crossings also witnessed previously similar attacks, which led to killing dozens of civilians.