AK Party is stronger than ever - Turkish PM 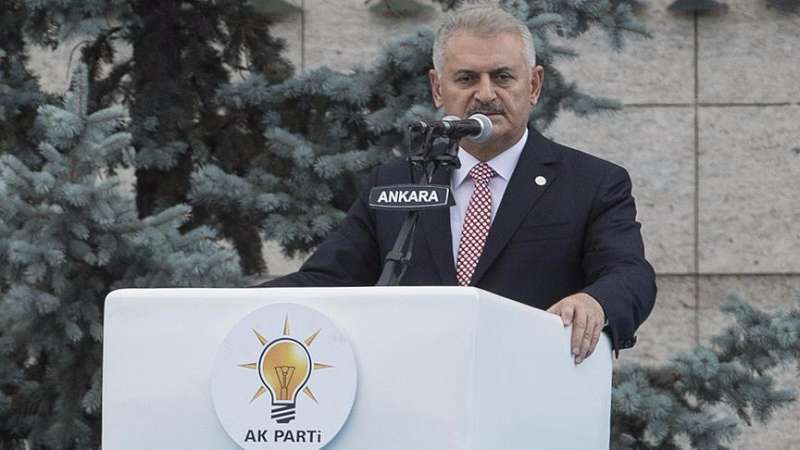 Binali Yildirim (AA)
Orient Net - AA
Having thwarted "many crises, plots, betrayals", the Justice and Development (AK) Party today is stronger than ever, Turkish Prime Minister Binali Yildirim said on Sunday.
"Today, we are stronger than ever," Yildirim said at an event commemorating the 15th anniversary of the AK Party at its headquarters in Ankara.
He said the ruling Justice and Development (AK) Party had survived numerous crises such as the 2013 Gezi protests, a nationwide wave of protests against the government. He also mentioned the Dec. 17-25 graft probes in 2013, which had targeted ministers as well as the recent July 15 coup attempt, which left 240 martyrs and wounded nearly 2,200 people.
The prime minister emphasized that on the night of July 15 Turkish media, police, governors, prosecutors had taught coup-plotters a lesson.
"July 15 is a milestone. July 15 is the day when the nation’s independence and future were secured," he added.
Yildirim went on to say that Turkey, with its people from different ethnic groups, had stood tall against the coup attempt .
"We will remove terror as a problem in Turkey, specifically FETO [Fetullah Terrorist Organization] and the PKK," he said.
He said the AK Party did not allow traitors to succeed in Turkey.
Turkey’s government has said the coup was organized by the followers of Fetullah Gulen, who lives in self-imposed exile in the U.S. since 1999.