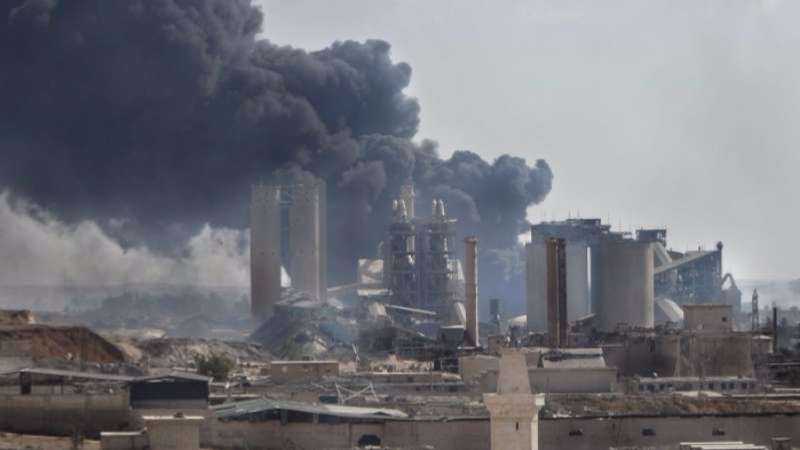 Orient Net
Opposition fighters controlled Sunday large parts of the cement factory south of Aleppo city on al-Ramoseh road and tens of the Shiite terrorists quit their locations.
Jaysh al-Fatth announced the killing of a Hezbollah high ranking leader in the battles in addition to the seizure of military vehicles and different weapons amid heavy shelling by the Russian jets on the area.
Opposition fighting groups announced Sunday targeting the cement factory in which Assad terrorists gather in southern Aleppo countryside aiming at liberating it to lift Aleppo siege.
With this new liberation, opposition controlled all al-Ramoseh road leaving Assad terrorists with one point to enter Aleppo city which is the Kastello road.
Orient correspondent reported today that fighting is still going on and that opposition fighters controlled many buildings inside the cement factory but still many others are controlled by the Assad and Shitte terrorists. The latter mined the area with tens of mines while the Russian jets continue their bombardment of the area.