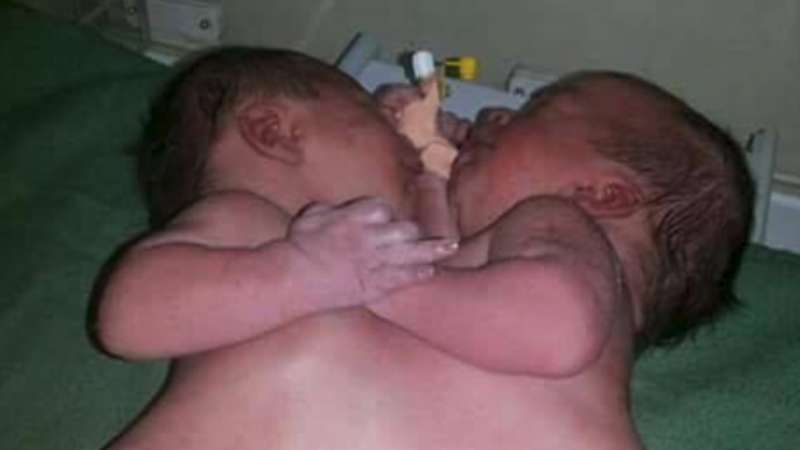 Orient Net - R. Sikora
On August 11, 2016 Assad "forces" at a checkpoint in East Ghouta denied entry to a Red Crescent vehicle on a mission to evacuate newborn conjoined twins in need of urgent medical care after several weeks of negotiating with the regime.

Conjoined twins are identical twins joined in utero. An extremely rare phenomenon, the occurrence is estimated to range from 1 in 49,000 births to 1 in 189,000 births.

Born on July 23, Nawras and Muaath are twin boys whose bodies are fused from the upper thorax to lower belly in a type of conjoining called Thoracopagus. The heart is often involved in these cases.

To complicate matters further the boys were born with protruding intestines. They need care outside of Syria but are in an area blockaded by the regime military.

Doctors in East Ghouta are calling on the International Red Cross (IRC) to intervene and facilitate an evacuation of the infants in order to give them the best chance of survival.

Mohammad Katoub of the Syrian American Medical Society (SAMS) said on Thursday: “A doctor called me three days ago, and said we have to try to evacuate these kids. I am trying to find any avenue. The medical equipment they have is not good enough.”

Due to the urgency of the situation and the refusal of the regime to allow evacuation of the infants, Katoub and SAMS asked for and were granted permission by the parents to publicize the case.