Did the world regret what it did in Syria?

Did the world regret what it did in Syria? 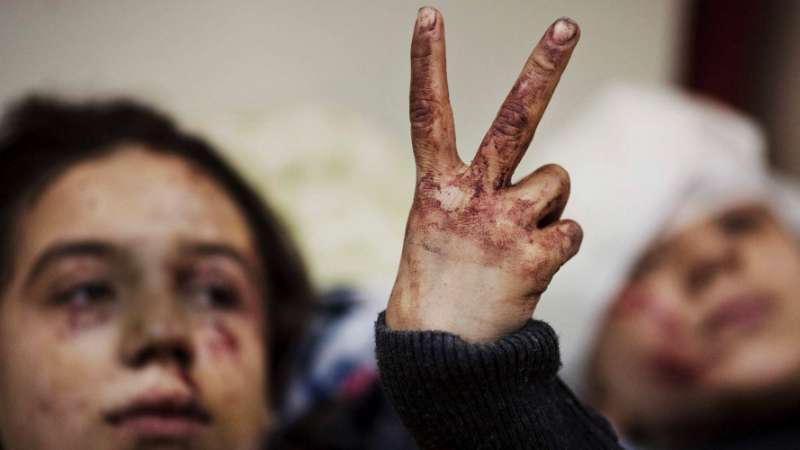 Did the world regret what it did in Syria?
__new_Underarticle_image_EN__
Orient Net
Ali Safar points out in his article in Orient Net Arabic that people do not sympathize with the distressed, except if they themselves are distressed.
“What the world did towards the Syrians in the past years was merely considering that the massacres there were happening far away and that they won’t affect anyone but the Syrians themselves,” the writer argues, explaining that “when the terrorist attacks took place in Europe and millions of refugees flooded into the bloc, this part of the world became in direct contact with what was happening here.”
The writer then asks: “Did they then realize the harshness of death, as experienced by the Syrian people on a daily basis?”
__new_in_first_article1__
The writer then explains that a few western media outlets attempted to straighten the prevailing view of the Syrian scene in front of their readers, depending on who contributed at making Syria reach its current situation.
The writer mentioned “The Observer view on events in Aleppo,” arguing that what was remarkable about The Observer was that it did not only load the blame of this disaster on Western and Arab diplomacy, but it also felt the need to blame everyone for what is happening. However, the writer argues, saying that the question which the editorial did not approach was that “if all of these images transferred from Syria did not affect these diplomats and their predecessor from taking the right decision towards the Syrian tragedy, will an editorial affect their decisions or the Western public’s opinion?!”
“Does the world really feel remorse for its contribution in the creation of this slaughter?” the writer asks.
The writer then mentions American writer John Rich who recently wrote an article titled: “The Syrian victim or how to teach the world remorse?” in Bidayyat, in which Rich argues that the images of conflict-ridden Syria have become normalized in the eyes of the West’s public and the feeling of remorse is a far-fetched idea. However, Rich then argues that the Syrians are the only ones who can teach the world remorse, because only with the Syrians’ sacrifices the world will bring back its humanity.