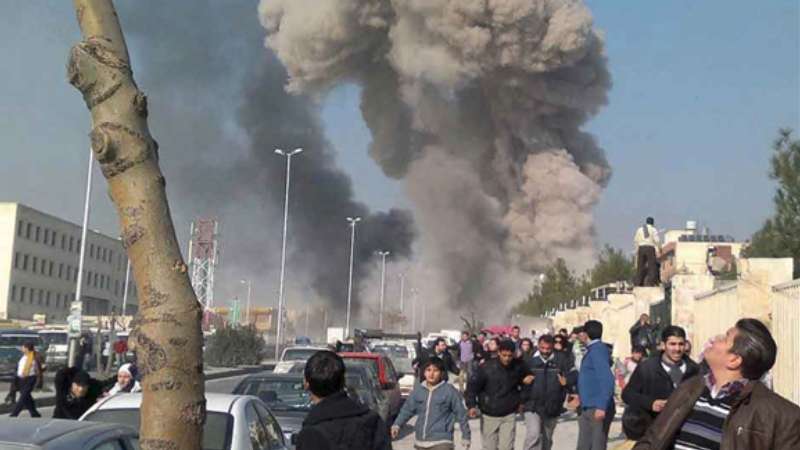 Orient Net
Opposition fighters Tuesday evening foiled Hezbollah terrorists attempt to re-control the locations Jaysh al-Fatth liberated south of Aleppo while the Russian warplanes targeted the fighting areas with many air raids.
Activists reported that the Shiite militias tried to progress from their assembly points in the cement factory towards the tanks factory south of Aleppo. Jaysh al-fatth, however, foiled their attempt killing many of them and targeted the cement factory with artillery and mortar shells burning the fuel stores inside it.
Opposition fighters also destroyed Koncorse Base and killed its crew on the roof of a mall in 3000 flats project after targeting it with thermal missile coinciding with Assad and Russian jets bombardment of Tallat al-Mahroukat, al-Ramoseh and 1070 project.
Hours before, Fatth al-Sham front foiled the Iranian militias attempt to progress in the direction of the cement factory killing many of the Iranian terrorists following fierce fighting.