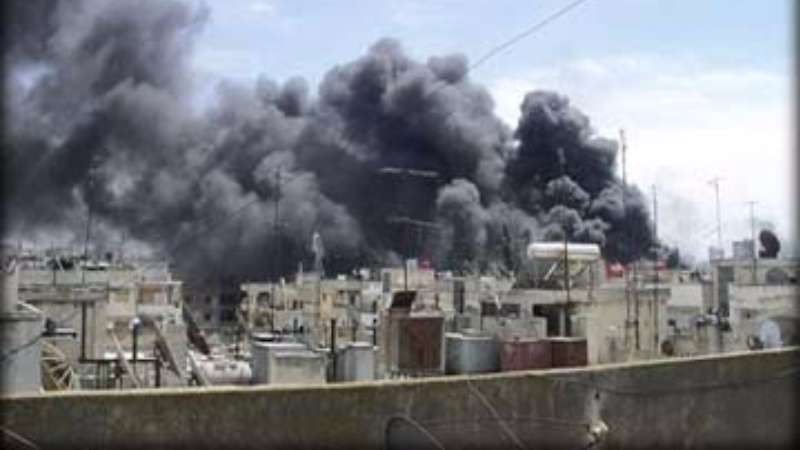 Orient Net
Assad regime renewed its bombardment of Darayya city early Monday hurling 8 barrel bombs on the residential areas to make the number of barrel bombs hurled on Darayya in the lasy 24 hours reach 48. This coincided with Assad terrorists attempt to storm the city supported by Russian mine sweeper and heavy military equipment.
Orient correspondent Mohammed Abdul Rahman reported that 3 civilians were killed today in the bombardment and many others were wounded. This coincided with the Russian warplanes targeting of Khan al-Sheh area with 4 air raids.
Opposition fighters announced foiling the attack and the burning of the Russian mine sweeper south of Darayya killing and wounding many of Assad terrorists.