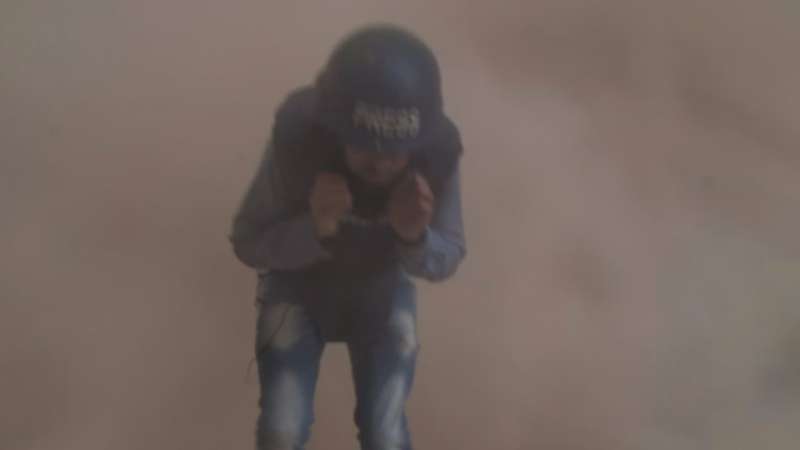 Orient Net - Al Jazeera
An Al Jazeera team in Aleppo was caught in an air strike on Thursday while reporting on fighting inside the city.
Correspondent Milad Fadhel and cameraman Mohamed Kheir Elhek survived, suffering minor injuries in the blast which they caught on camera.
The team were forced to take shelter inside a building for seven hours while shelling went on around them.
"The bombing in that area is intense," Fadhel said later.
"We are talking about more than 60 explosions happening every minute."
Opposition activists reported that at least 60 people were killed in Aleppo overnight Thursday through to Friday morning, Al Jazeera reported.

Aleppo has been undergoing the fiercest attack by Assad and Russian warplanes since months in which hundreds of civilians are killed and thousands are injured while the regime is besieging the liberated areas in the city.