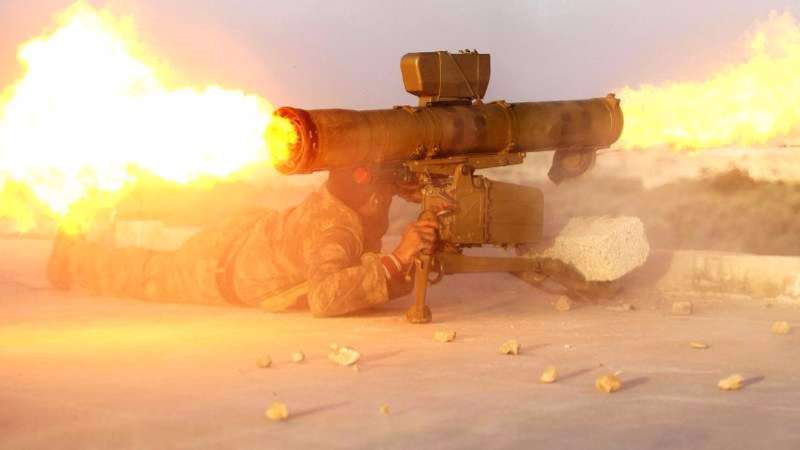 Orient Net
Opposition fighters in Hama southern countryside launched a counter attack on Assad regime locations today early morning and controlled a number of areas within the battle ‘Today is yours Aleppo’ while Assad jets were heavily targeting the fighting areas.
Homs northern countryside operation room announced the control of three poultries near al-Zara town and the seizure of a tank and a military vehicle in addition to the killing of many Shiite terrorists.
In the fighting that is still going on, opposition fighters aim at liberating al-Zara thermal station in southern Hama countryside. They targeted the station with missiles and heavy artillery to storm it amid multiple air raids by Assad jets on the area.
Following the withdrawal of opposition fighters from many locations in southern Hama countryside, Assad terrorists reoccupied them. Assad jets mistakenly targeted them with two air raids killing and wounding many of them and destroying their equipment.