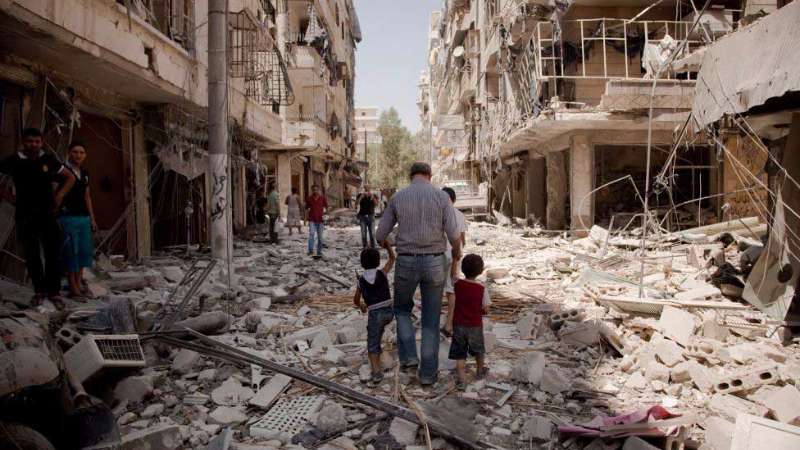 Europe’s shameful collusion on Syria
__new_Underarticle_image_EN__
Orient Net - Al-Hayat
Mustafa Karkooty warns in his latest article in Al-Hayat that there is a real connection between the future of Europe and that of Syria, explaining that Turkey’s unstability serves as a gateway for Syria’s chaotic reality into Europe.
In addition, the US’ and Russia’s failure and reluctance to ensure a viable settlement in Syria, also presents a real risk for Europe.
The writer explains that Europe’s preoccupation with Brexit, left Syria to be dealt with by the US and Russia. However, Europe is directly affected by Syria – unlike the US – so why doesn’t it take the initiative to seek a solution to end Syria’s conflict? the writer asks.
__new_in_first_article1__
“Ignoring Syria’s bloody crisis will not cancel it and they have to think carefully about its disastrous consequences,” the writer warns, expressing his bewilderment regarding Europe’s numb reaction to the apparent heinous acts perpetrated by Assad and his allies.
The writer then states that “it seems that the European media as a whole have become almost complicit in this shameful collusion.”
The writer explains that as the Europeans are overwhelmed by refugee quotas and bombing ISIS, they are ignoring the causes of the crisis, explaining that “most of the Europeans, as well as the US, are dealing with the conflict in Syria as a mere problem against terrorism by striking from afar, rather than by actually facing the terrible reality.”
The writer states that Europe was expected to take an immediate stance against Putin, arguing that “if Obama is unwilling to act decisively before the end of his term, then Europe must face Putin before it is too late.”