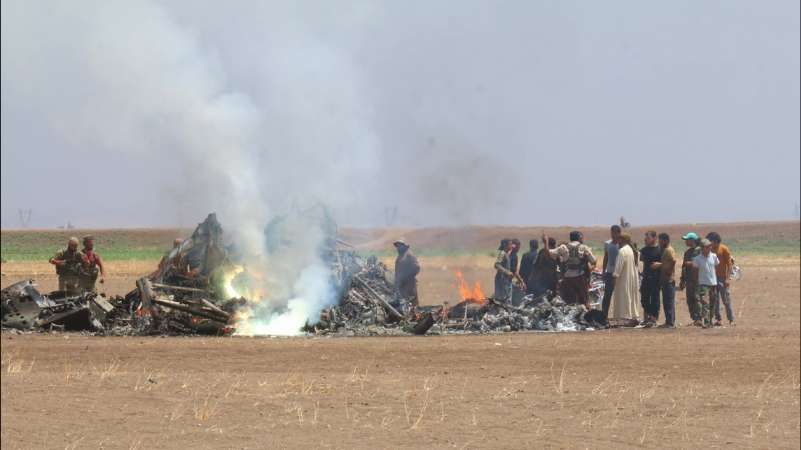 Wreckage of the downed helicopter in Idlib, August 1, 2016 (Photo: Twitter)
Orient Net
Opposition fighters downed a Russian helicopter in Idlib eastern countryside, activists reported.
The Russian helicopter was downed in Tal al-Sultan village in Idlib, according to activists.
Photos showing the burning wreck of the downed helicopter were circulated on social media, while there is conflicting news about the fate of the helicopter’s crew.
Some activists said that the pilot and the crew were captured, others said they were killed immediately as a result of targeting their aircraft.
On its part, Russian Defense Ministry stated that a Russian Mi-8 helicopter carrying three crew and two officers was shot down in Idlib, according to Interfax.
However, the Ministry said that the fate of those who were on board is not yet known, according to the same source.
Opposition’s downing of the Russian helicopter in Idlib comes while opposition fighters continue their offensive, launched on Sunday, aimed at breaking the siege laid on Aleppo by Assad terrorists.