Fatth al-Sham: A new chapter in the Syrian revolution

Fatth al-Sham: A new chapter in the Syrian revolution 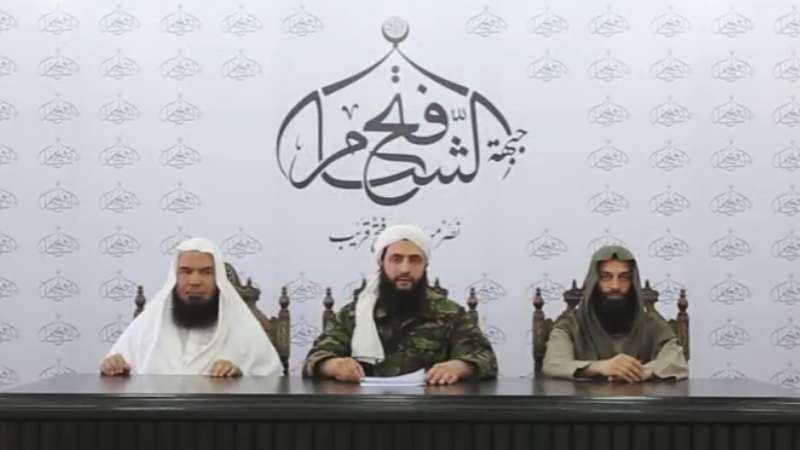 The one which influences usually has something essential and original that cannot be changed, and rather pushes others to change and adapt their attitudes according to it.

I remember a quote by the novelist Muhammad al-Maghut in which he says that al-Sham proved that throughout history that it gifted the Muslim Ummah the largest empire at the time of the Umayyad caliphate and continued to do so as the world continued to change according to that empire.

Perhaps the historical position taken by al-Qaeda to allow, for the first time ever, one of its branches to severe its ties with the organization refers to the fact mentioned above that al-Sham brings about change but does not change.

__new_in_first_article1__
I can assure you that this historic event will have its consequences and effects on al-Qaeda branches all around the world.

Islamists often fall prisoners to dreams and glorious history struck by a bitter reality which needs powerful and huge efforts to get out of and to defect from. Therefore, the dreams that tickle those feelings may cost the nation a grave amount of blood and desolation which the people of Syria know too well in these devastating years.

Yesterday, Abu Muhammad al-Julani has announced the severing of links with al-Qaeda and stressed his readiness to cooperate with all the Syrian Revolutionary groups in order to form a new body of the revolution.

__new_in_first_article2__
The Syrian bodies and elites today have a great responsibility on their shoulders: to support this new formation and distinguish the truth from falsehood. If what was announced is wanted by the international community then it has been achieved, but what lies ahead will be revealed soon enough. What the Syrian people want from Fatth al-Sham now is to modify its behaviors. It is the job of the Syrian people to make sure of that and has nothing to do with the United States or the international community.

Therefore, these elites should welcome this move and declare the rest of the practices deemed problematic in the Front as the prerogative of the Syrian people without any intervention from the outside.

Otherwise, all those who doubt this move become an accomplice with the international community in the killing and displacing of the Syrian people. When the day comes, the Syrian people will not forgive those elites that still stand by their killers.

I can still remember the stance of one of the Afghan Taliban movement leaders – known to belong to the Hanafi sect – when one ordinary Afghan sought to pit the movement against a Wahhabi group in eastern Afghanistan area. The Taliban leader simply said to the ordinary Afghan that “it is not your specialty and it is not your field and this for the intellectuals and not the common folk.” The Syrian people, their intellectuals and elites must tell the international community that “the Nusra Front has done its part when it severed its ties with the entity which you used as a justification to bomb Syria and its people, and what concerns us, we will solve it amidst our own selves.”

Today, the responsibility falls heavy on the shoulders of the Syrian elites of the military, politics and media to utilize this Syrian historic event in mobilizing the Syrian people towards a national unity and to deliver a clear message to the whole world that pounding the revolutionary fighting groups is actually bombing the Syrian people.