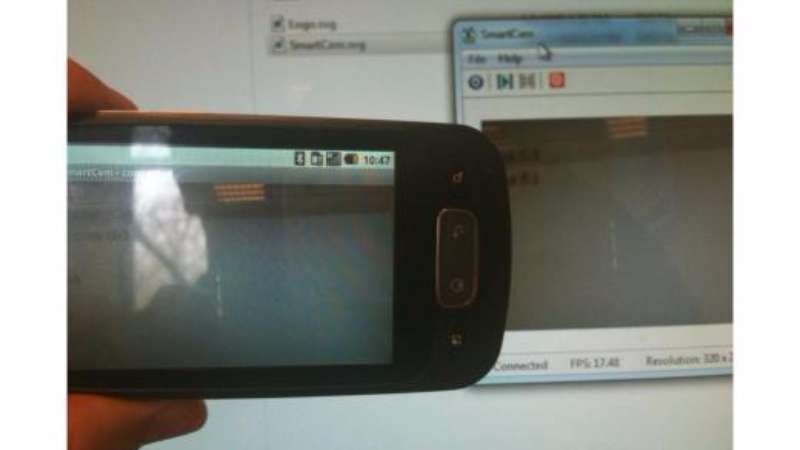 An app to help treat patients in Syria, 10,000 km away
__new_Underarticle_image_EN__
Orient Net - The Observers France 24
Doctors are becoming increasingly scarce in Syria. Thousands of them have fled the war that’s ravaged the country for more than four years. To mitigate the shortage, Syrian doctors in the United States have developed a technique that allows them to treat the wounded from nearly 10,000 kilometers away, with the help of a simple application.
Zaher Sahloul is an intensive care specialist in Chicago. He is a member of the NGO the Syrian American Medical Society.
“We’ve installed cameras in nine hospitals in combat zones, notably in Aleppo, Idlib, Maarrat al-Nu’man and Hama. They’re placed only in intensive care units. The cameras are linked to an application installed on a smartphone. It’s actually just a simple camera, which costs no more than 100 euros, similar to those used as surveillance cameras in stores,” Sahloul explains.
“All I have to do is open the application on my phone and I can see what’s happening in the intensive care unit in the hospital in Aleppo, for instance. I can ask the doctors or nurses there to move the camera towards the patient, to show me the vital signs monitor, etc. Once I’ve got enough information about how the patient’s doing, I give guidance to the doctors and nurses on the ground about how to treat him,” he continues.
“I work with a group of 15 doctors, mostly of Syrian extraction, who live in the United States. This application allows us to keep in constant contact with the doctors who are on site in Syria.”
“The participating doctors in the United States are specialists, notably in neurosurgery, orthopedic surgery and vascular surgery. These specialties correspond with the injuries you see the most frequently after bombings,” Sahloul adds.
__new_in_first_article1__
“These specialties are therefore critical in war zones. But the neighborhood of Aleppo that are under rebel control, and which are regularly bombed by the regime, have just one vascular surgeon and one orthopedic surgeon for nearly 200,000 inhabitants.”
The Syrian doctor residing in the US explains that “the procedure we’ve established is particularly useful for post-surgical monitoring. The 24 to 48 hours following an operation is the most delicate period, because the patient’s condition can spiral at any moment. So we watch over these patients until they’ve come out the other end.”
“We also handle all sorts of other emergencies, like heart attacks, problems breathing, or kidney failure,” he adds.
“Alongside the video consultation, we also talk with the doctors via WhatsApp and Viber. The doctor on site can, for example, send me a patient’s X-rays so that I can give him my opinion. Remote consultation via video is in fact not a new concept. It’s already being used in various countries, and it lets doctors access patients in faraway or isolated areas. That said, this is the first time it’s been used in a conflict zone. And over the course of three years, the technology has shown itself to be really effective, because it’s allowed us to train a great number of doctors and nurses over the months.”
“The only problem with this arrangement is that the hospitals we work with are constantly under threat of bombardment. A hospital could be destroyed at any moment by a missile, and all our work could go up in smoke in the blink of an eye.”
Many of the hospitals with which Dr. Sahloul works have now moved into underground facilities, to be protected from bombings.
Since the start of the Syrian conflict in March 2011, more than 90 percent of the country’s doctors are thought to have fled, according to the Union of Emergency Aid and Medical Treatment Organisations, a humanitarian organisation of Syrian doctors working in France. Since August 2012, more than 177 Syrian hospitals have been destroyed and nearly 700 doctors and medical workers killed, the organisation says.