The two people who appeared with al-Julani 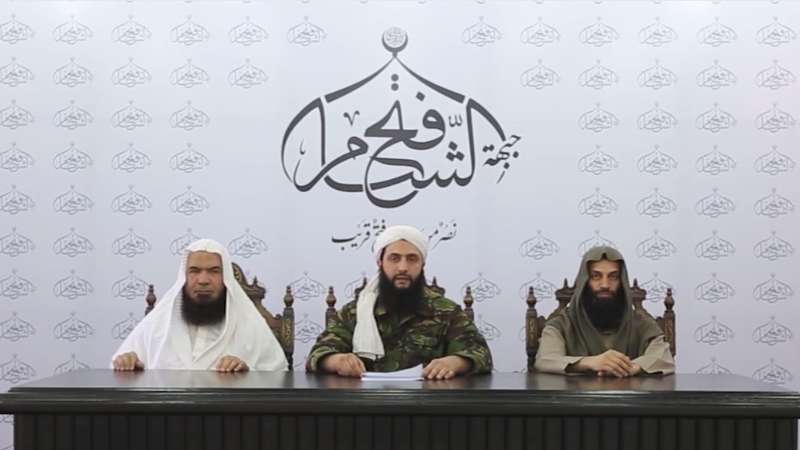 Orient Net
Abu Muhammad al-Julani, leader of the newly-dissolved Jabhat al-Nusra, appeared in a televised speech announcing the split from al-Qaeda. Al-Julani appeared with two people who are Abu Abdullah al-Shami on his left and Abu al-Faraj al-Masri on his right.
Abu Abdullah al-Shami
His real name is Abdulrahim Attuon, who is a member of al-Shura Council in Jabhat al-Nusra, and one of the prominent figures. He is also a member of the Sharia Committee. He appeared in previous recorded video footage published by al-Nusra introducing its leaders. The video footage was entitled “The Heirs of Glory.”
Abu al-Faraj al-Masri
His real name is Ahmad Salama Mabruk, from Egypt. He was a detainee in Egyptian prisons, and was released after the Egyptian Revolution. Al-Masri then moved to Syria and joined the ranks of Jabhat al-Nusra. He is considered one of the most prominent figures in Jabhat al-Nusra. He appeared for the first time in “The Heirs of Glory”.