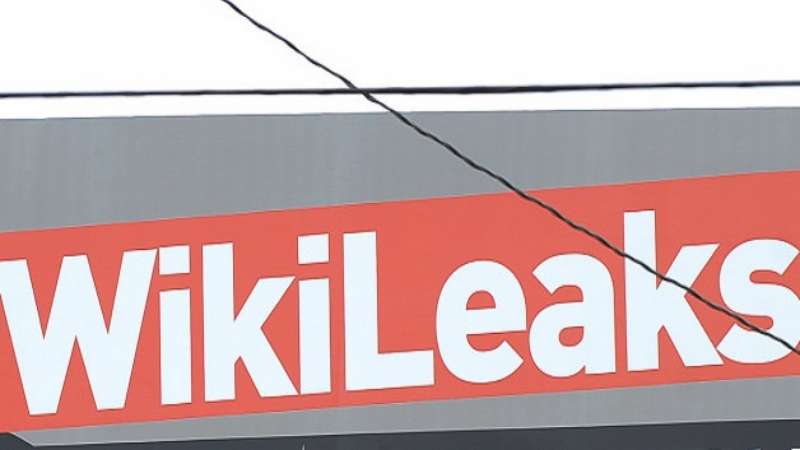 Orient Net - R. Sikora
Zeynep Tufekci, in her latest article published by The Huffington Post, condemned the spread by WikiLeaks of some 300,000 emails they called “Erdogan emails” just days after the attempted military coup that failed miserably.

Tufekci, writer and faculty member at the University of North Carolina and Harvard University, is also a self-styled "techno-sociologist" who primarily writes about the effect of technology on politics and society.

In her article last updated on July 25, Tufekci criticized media reports that assumed that Turkey’s internet governance body’s quick move to block access to the emails dumped by WikiLeaks must have meant that they contained evidence that would incriminate Turkey’s democratically elected President Recep Tayyip Erdogan.

Journalists immediately began writing about the Turkish government’s blocking of information as if it was confirmation of a cover up and began using words like “censorship” and “corruption.”

Even well respected western media outlets like Reuters reported the block as an act of censorship and repeated the WikiLeaks’ allegations of what the emails may contain without a tad of evidence to prove the allegations were true.

As journalists and anti-censorship activists in Turkey sorted through the thousands of emails looking for damning evidence they could use to condemn President Erdogan, the reality of what the emails actually contained began to set in.

The emails contain nothing that would be of public interest; but the personal information they do contain is a potential danger to millions of ordinary Turkish citizens, especially millions of women in Turkey
According to those who have been conducting a more than diligent search, none of the “Erdogan emails” appear to be emails that were actually sent to or from Erdogan, or even anyone in his inner circle.
“Nobody seems to be able to find a smoking gun exposing people in positions of power and responsibility,” wrote Tufekci.

Instead of a smoking gun exposing people in power, it appears that WikiLeaks has provided links to databases full of sensitive personal information about voters in Turkey that makes them vulnerable to identity theft, criminals and stalkers.

And instead of promoting the people’s right to know about presumed covert activities of their own government, WikiLeaks has exploited the people of Turkey for the sake of sensationalism without any justification and exposed them to potential threats to their own personal security.

What Tufekci found most disturbing was the fact that the “leaked” emails “actually contained spreadsheets of private, sensitive information of what appears to be every female voter in 79 out of 81 provinces in Turkey, including their home addresses and other private information, sometimes including their cellphone numbers.”

She said that if the women in the files were members of President Erdogan’s political party, the AKP, the dumped files also contained their Turkish citizenship ID information which puts them at even greater risk.

Tufekci also pointed out that the Istanbul file was only one of 79 files and that it alone contained the private information of more than a million women.

“I have confirmed that these files indeed appear to contain correct private information by confirming that dozens of my friends and family members in multiple cities were included in that database, to my horror, with accurate private data,” wrote Tufekci.

“The files also include whether or not these women were AKP members — right after a brutal and bloody coup attempt to overthrow the AKP.”

“The leaked emails published by WikiLeaks were presented in a searchable database, illustrated with a caricature of Erdogan using a flying carpet titled “FROM: AKP” to knock down pillars of democracy,” Tufekci wrote.

“I couldn’t care less about the Orientalist imagery — it’s just stupid. The main problem here is deception — because the emails are not actually from the AKP. Rather, most are emails sent to the ruling party in what appears to be a Google group.

“There are some emails here and there from gov.tr and akp.org.tr domains, but they are not inner-circle emails as far as anyone who has looked has yet found.”

In a world where the more criminals know about a person, the more vulnerable they are, deliberately leaking files containing sensitive personal information — especially  without any fact checking to verify what the files actually contain — is worse than irresponsible,  it is unethical and should be illegal.

“Much of mass media in Turkey has been ignoring this leak, partly because the coup attempt fallout has understandably consumed their attention and partly because the Turkish press is not known for its investigative tendencies,” Tufekci added.

“However, links to these files have been circulating widely on Turkish social media, and I fear the damage is done. WikiLeaks should take down its links to all personal information as soon as possible.”