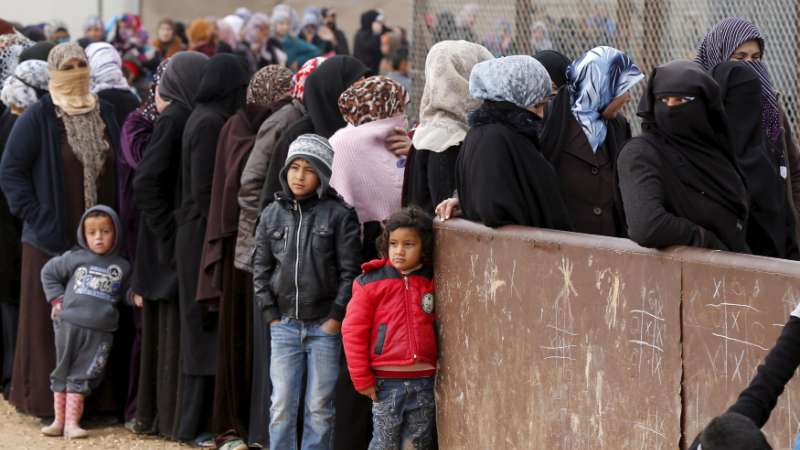 Medical charity Doctors Without Borders (MSF) has urged Jordan to evacuate wounded Syrians who are among tens of thousands trapped along its northeastern border since an attack last June.
“We call on the authorities to continue their solidarity with the war-wounded – solidarity that has saved the lives of many Syrian children, women and men,” said Luis Eguiluz, MSF’s head of mission in Jordan.
“The closure of the borders means that the most vulnerable victims of the conflict, those badly injured by the war, no longer have the chance to survive,” he said on Thursday.
“Until they have renewed access to Jordan, they will be unable to receive the lifesaving medical care they desperately need,” he warned in a statement.
MSF has opened a surgical department in the town of Ramtha.
__new_in_first_article1__
Since the opening of the Ramtha project in September 2013, and in close collaboration with the Jordanian Health Ministry, MSF has treated 1,062 Syrian patients – 23 percent of whom were women and 36 percent of whom were children – and conducted more than 800 major surgeries, the organization said.
In July, Jordan – which already hosts hundreds of thousands of Syrian refugees – agreed to a one-off aid delivery for those trapped on its border after an appeal was made by the United Nations.
The International Committee of the Red Cross issued a separate appeal on Thursday to the international community to come to the aid of the trapped refugees.
An ICRC statement said the refugees are “in need of urgent assistance” and that “they are living in extremely harsh conditions” in the desert no-man’s land.
“The reticence by so many governments to take in more Syrian refugees means that the fate of these asylum seekers hangs in the balance,” said the ICRC.
“This is not just about Jordan. The crisis… reflects an international failure to protect and help people affected by conflict and who are in desperate need,” said ICRC regional director Robert Mardini.
قيم هذا المقال 23 0