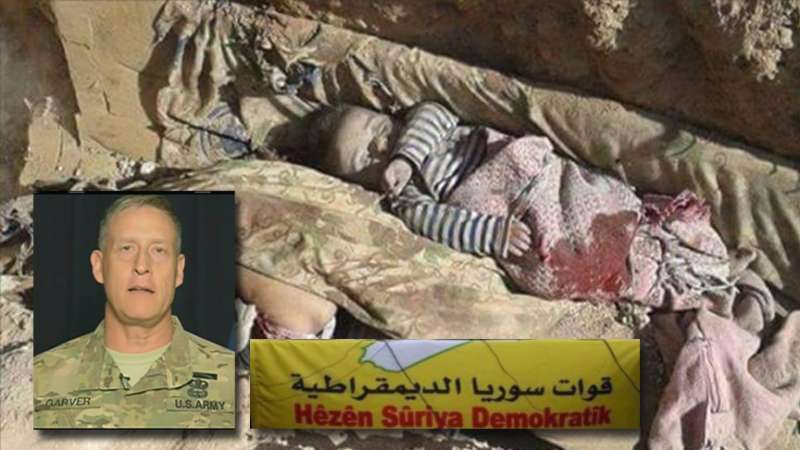 Orient Net
The US-led coalition’s spokesman acknowledged on Friday that the coalition’s raids claimed tens of civilians’ lives in the city of Manbij, Alkaleejonline reported.
The raids, which were to target ISIS’ buildings and vehicles, were reported to have attacked civilians used by ISIS as human shields, Orient Net learnt from field sources.
"The incident is being looked into to determine what we can about that strike.  During that portion of the fight, our Syrian Arab Coalition (SAC) partner force observed a large group of  Daesh fighters in a convoy who appeared to be readying for a counter attack against SAC troops in the area, and a strike was called in on Daesh. The strike was against both buildings and vehicles. "Afterwards, we received reports from several sources, both internal and external, that there may have been civilians in the area who are mixed in and among the Daesh fighters.
"As per our procedure, we are reviewing all available evidence to determine if the information we have is credible enough to warrant a formal investigation.
"As we have discussed many times, we apply an extraordinary amount of rigor into our strike clearance procedures to do everything possible to avoid civilian casualties or unnecessary collateral damage and to comply with the principles of the law of armed conflict," Christopher Garver said in a press conference held on Baghdad on Friday and added that the coalition will update the press as more information becomes available.
No less than 70 civilians were killed by the U.S.-led coalition’s jets in the city of Manbij in Aleppo eastern countryside on Wednesday. Syria Democratic Forces (SDF), an alliance of mainly Kurdish fighters backed by the US, launched an offensive against ISIS to retake the city of Manbij in May. ISIS terrorists are showing determined resistance and pursuing the strategy of guerrilla fighting there.
ISIS has controlled the cities of Manbij, al-Bab and Jarablas in Aleppo eastern countryside since 2014.