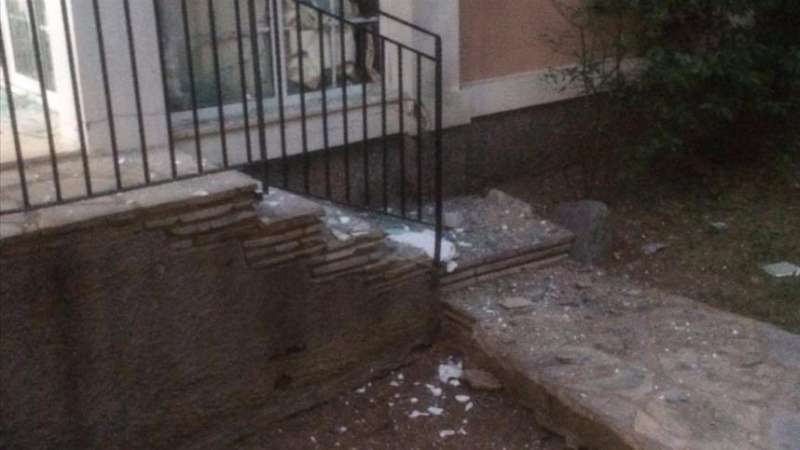 Pro-coup soldiers, who attacked a hotel which President Recep Tayyip Erdogan and his family were vacationing in during Friday’s deadly coup, said they were ordered to "capture an important terrorist leader".
Speaking on the condition of anonymity due to restrictions on speaking to the media, security sources told Anadolu Agency on Tuesday that soldiers with suspected links to the failed deadly coup attempt were interrogated in Aegean coastal city of Izmir on Monday.
The soldiers told interrogators that while 40 specially trained soldiers had been airlifted into an airbase with the order to attack a resort in southwestern Marmaris where Erdogan was staying, the Aegean army command had given a separate order to not help pro-coup soldiers.
But Staff Colonel Ramazan Elmas, commander of the airbase in Izmir province, let the troops fly away from the base.
An unidentified amount of soldiers revealed during questioning that they were informed in mid-air about the military coup, which sought to overthrow Turkey’s democratically elected government.
__new_in_first_article1__
It is unclear how many soldiers proceeded with the attack, which killed Erdogan’s two bodyguards, despite the warnings of there being a military coup.
Erdogan told CNN in an exclusive interview on Monday that if he had stayed in the hotel for 10 or 15 more minutes, he would have been killed or captured.
After the failed attack, troops fled to the woods in the area, the sources said.
On Monday, gendarmeries in southwest Turkey seized weapons and military equipment thought to have been used by the pro-coup troops who stormed Erdogan’s hotel.
At least 208 people, including members of the security forces and civilians, were martyred in Istanbul and Ankara and nearly 1,500 others wounded as they protested Friday’s attempted coup.
The Turkish government has said the failed coup was organized by followers of U.S.-based preacher Fetullah Gulen, who is accused of a long-running campaign to overthrow the state through supporters within Turkish institutions, particularly the military, police and judiciary, forming what is commonly known as the parallel state.
قيم هذا المقال 29 0