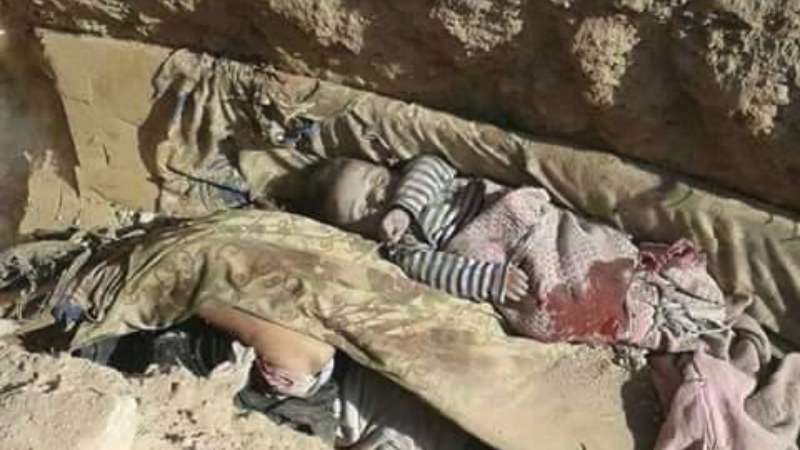 US-led coalition massacre - Manbij
Orient Net
At least fifty civilians lost their lives after the U.S.-led coalition’s jets attacked the city of Jarablas in Aleppo eastern countryside, Orient News correspondent said.
Also, no less than 70 civilians have been killed by the U.S.-led coalition’s jets in the city of Manbij in Aleppo eastern countryside.
"Horrible massacre was committed by the US-led coalition. Civilians were killed en masse. There were innumerable bodies lying on the ground. I could not believe the way in which civilians were slaughtered," Orient News correspondent quoted an eye witness who was in the scene of the massacre as saying.
160 civilians have been killed in the village of Tokhar in Manbij northern countryside. Most of the casualties were women and children, ISIS-affiliated Amaq News agency reported.
Manbij and Jarables are held by ISIS. The extremist group ban all kinds of mobile communications or media coverage.
There was no immediate comment from the coalition, the Associated Press reported.
The new death toll puts the total number of civilians killed by coalition strikes on Manbij since May 31 at 200, according to observing groups.
Syria Democratic Forces (SDF), an alliance of mainly Kurdish fighters backed by the US, launched an offensive against ISIS to retake the city of Manbij in May.
ISIS has controlled the cities of Manbij, al-Bab and Jarablas in Aleppo eastern countryside since 2014.