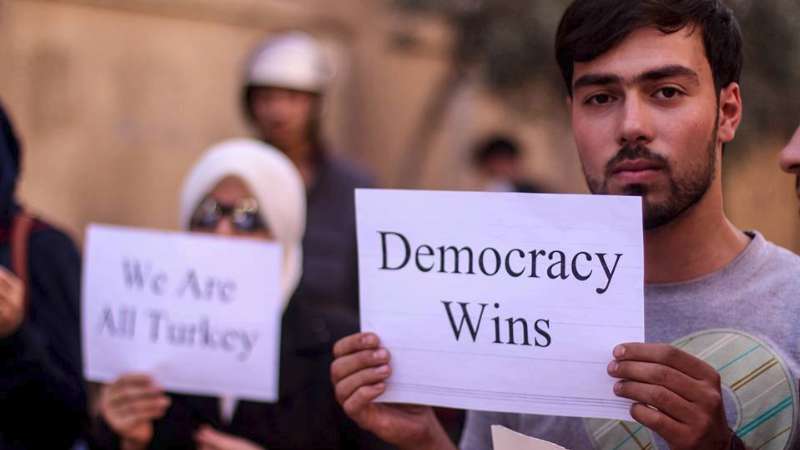 Orient photo - Damascus Ghouta
Orient Net
Despite Assad bombardment and heavy artillery shelling, tens of Syrians gathered in the city of Douma in Damascus eastern countryside on Saturday to voice support for Turkey’s elected government.
Some carried banners reading, "We announce absolute solidarity with the Turkish elected government," and others carried banners read "Democracy wins" - a reference to the Turkish government.
"Most Syrians are considered well-wishers of Erdogan because Turkey has offered Syrians support and asylum which many of their Arab brothers did not offer or give," one of those who went to Douma’s streets told Orient News correspondent on condition of anonymity.
On April 29, 2011, the first Syrian refugees crossed the border into Turkey. Now, the country hosts some 2700,000 Syrian refugees—some of them living in 21 refugee camps with others living in big Turkish cities. Syrians have fled to Turkey in search of safety from Assad brutal indiscriminate attacks, leaving behind loved ones, jobs and property.