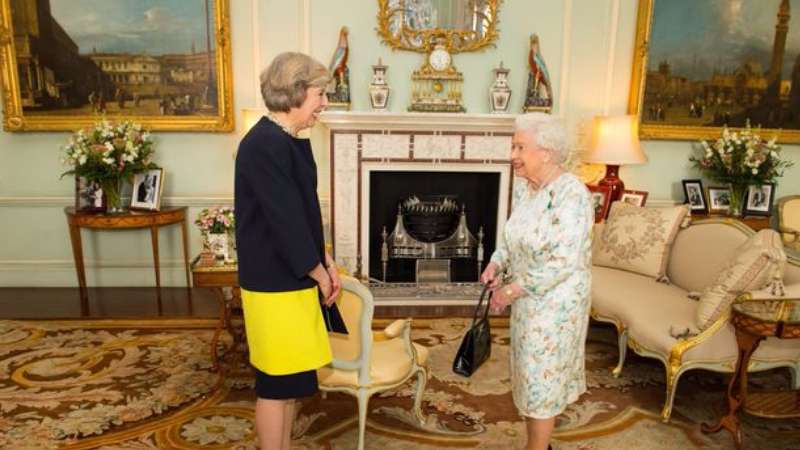 Theresa May, 59, was confirmed as Britain’s new prime minister on Wednesday after she accepted Queen Elizabeth II’s invitation to form a government.
May became Britain’s leader after Buckingham Palace said the queen was "graciously pleased to accept" David Cameron’s resignation.
After her meeting with the queen, May returned to 10 Downing Street, the prime minister’s official residence, to speak to reporters.
She is expected to begin announcing details of her cabinet later on Wednesday.
__new_in_first_article1__
"The government I’ll lead will be driven not by the interests of the privileged few, but by yours," said May, as she arrived at 10 Downing Street from Buckingham Palace.
Her speech was focused on inclusion, as she promised to fight against "burning injustice", citing the difficulties of young white working-class men in getting a place at university, black Britons when they need to use the criminal justice system, women in the workplace, mental health patients and young people who hope to own their own homes.
May had advocated waiting until the end of this year to invoke Article 50 of the Lisbon Treaty, which sets the rules for a nation leaving the EU, but many British and EU politicians have urged her to move more quickly.
Much attention will now focus on what roles, if any, May hands prominent Brexit campaigners Andrea Leadsom, Boris Johnson, Michael Gove, Chris Grayling and Liam Fox in her new cabinet, amid speculation that one of those five could be given a new post of Brexit minister.
قيم هذا المقال 9 0