The battle to teach Syrian children 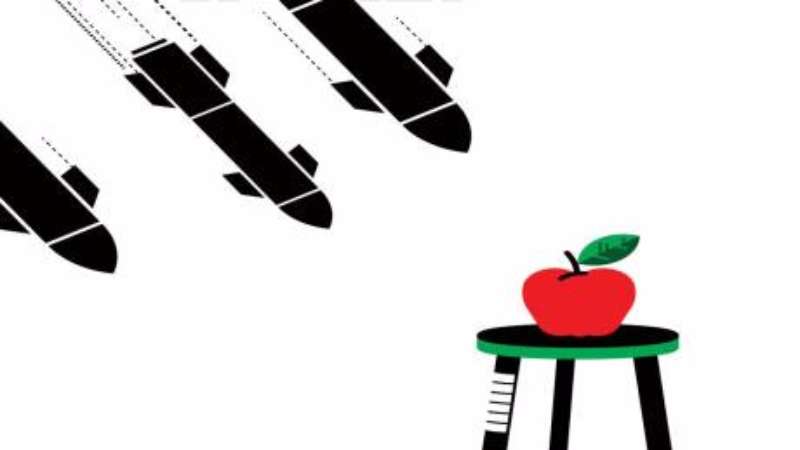 Orient Net - Gulf News
Adnan was in fifth grade when an Assad regime air strike destroyed the school he attended in Syria’s largest city Aleppo. He survived, but his education was put on hold.
That was in 2013. For the next three years, schools in Aleppo would be frequently targeted by Assad regime air strikes. Education became a risk that Adnan could no longer take. Today, Adnan attends a makeshift school in a secluded, bombed-out residence, but he’s only in sixth grade.
“I’d be in a higher grade, but the Assad regime destroyed our school,” Adnan told Syria Deeply from his classroom in Aleppo’s old city. “Before this, we had no schools. Three years ago, we got no education.”
Attacks on schools in Aleppo have continued for years, putting children at risk and forcing many schools to close. Roughly 40 per cent of schools in opposition-controlled areas of Aleppo have been shelled at least once and enrollment has dropped to 6 per cent, according to Save the Children.
Adnan was among the 94 per cent of Aleppan students out of school, until two volunteer teachers gave him a safer place to learn.
Two years ago, Abu Ebrahim, a teacher from Aleppo’s old city, and another teacher, found the partially demolished home where Adnan now goes to school. Together, the two transformed the residence into a makeshift school, so children in the neighborhood could continue to learn without the fear of an aerial attack. Today, Ebrahim and some 11 other volunteers teach between 300 and 400 children at Al Shabha primary school.
“The children can’t go to the government schools because they’re always bombed... there could be rockets at any time,” Ebrahim told Syria Deeply. “We’ve been here doing this for two years, 12 teachers with no payment at all. Two years of volunteer work for the [children] to save them from illiteracy.”
Syria has lost more than a quarter of its schools in the conflict. As of the start of 2016, at least 6,000 schools in Syria — roughly 1 in 4 — had been destroyed by violence or transformed into military bases or shelters, according to a Unicef report. In 2014 alone, at least 130 children were killed in attacks on schools.
“Bombing near a school is utterly outrageous, but it is becoming the norm in Syria, where all parties to the conflict show complete disregard for the safety and sanctity of school buildings,” said Martha Myers, country director of Save the Children in Syria, in a statement condemning the bombing of an Aleppo school in December 2015. That bombing killed two female teachers, two men and a toddler.
One particularly deadly attack came in April 2014, when a car bomb hit a primary school in Aleppo, killing 33 children and injuring another 40. About a month later, an air strike hit another school in eastern Aleppo during an art exhibition, killing 30 children.
That month, the threat of air strikes on educational facilities became so grave that the Free Aleppo Governorate Council, a local group that runs parts of opposition-controlled Aleppo, was forced to close all the schools.
With the official schools under threat of attacks, or closed, thousands of teachers and students in Aleppo have been forced to continue their education in makeshift classrooms — some even operating underground to avoid the threat of bombs overhead.
‘Worst-case scenario’
Some of these makeshift schools are supported by local and international nongovernmental organisations. Syrian NGO Kesh Malek operates nine schools in opposition-controlled Aleppo that provide education to some 3,300 students. The schools are an alternative to the regime-run schools, “which have been targeted by regime shelling and are close to areas that are unsafe,” according to Kesh Malek’s website. “The worst-case scenario is he [Assad] is going to target schools,” Malek’s executive director, Marcell Shehwaro, told Reuters. “Right now, none of our schools have a yard. We don’t have sports or this kind of activity.”
But many schools, like Al Shabha, are run by groups of volunteer teachers. Educators are forced to raid the remnants of closed or destroyed schools for supplies. Some schools operated by the Syrian opposition get books and supplies printed in Turkey.
After a school in the neighborhood was bombed two years ago, Ebrahim and one other teacher salvaged whatever material they could from the building. They took whiteboards, books, furniture and whatever educational material they could find to set up the makeshift facility. But the teacher’s efforts are only a drop in the ocean when it comes to the crisis of education facing Syria today, Abd Sattar Mubarak, an English teacher at Al Shabha, told Syria Deeply. “The fact is, Syria is destroyed,” he said. “The scientific talents and great minds are fleeing.”