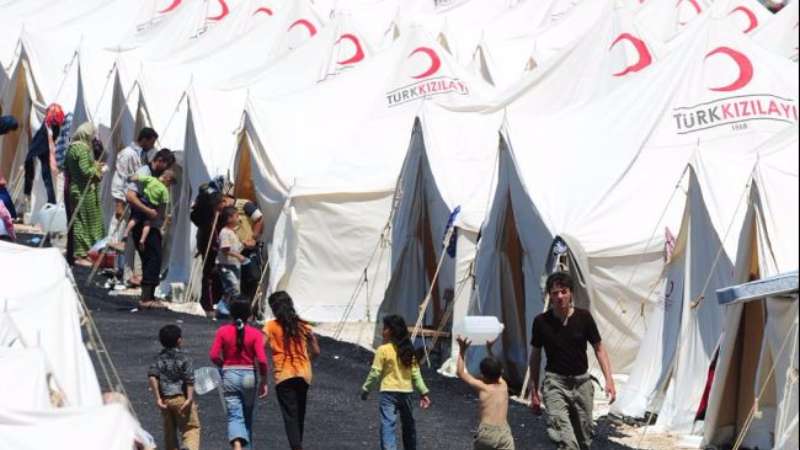 Ali Safar
Syrians in Turkey underwent psychological disorders resulting from the possibilities of change in the Turkish policy concerning their presence on its land. This feeling was not separate from that other Syrian refugees living in all the countries they reached.

But such a feeling in Turkey, as a result of Turkey’s circumstances these years, becomes more sustainable. The use of the refugees file as a political card in the hands of some opposition Turkish parties in the 2015 elections reflected negatively on tens of thousands of Syrian youths and made them escape via the sea to Europe. Although the elections resulted in the return of Justice and Development Party and the formation of the government, the chronic anxiety of leaving was not removed from the minds of many Syrians.

The agreement between Turkey and the EU stopped smuggling but did not cancel the Syrians’ desire to get a more comforting settlement than the one in Turkey. On the other hand, processes of legalizing the cases of those Syrians without legal papers in Turkey reflected positively in alleviating the refugees’ feeling that their presence in Turkey is linked to politics more than to international charters which are supposed to protect them!

This makes us understand the felt relief resulting from the speech of the Turkish President Recep Tayyip Erdogan concerning the facilitation of offering the Turkish nationality. Settlement signs for refugees are looming in the horizon without being worried about the future. The nationality for the refugees who are only some hundreds of kilometers away from their country is the best option that allows them to practice the activities which change them from consuming refugees to productive citizens. This also guarantees their dignity away from the international community policies which pictured the presence of Syrians as a parasite on the budgets of the host countries!

The vast majority of Syrians in Turkey live in major cities and towns, not in refugee camps and most of them have jobs that provide them with the basic needs of decent life; i.e., they do not live on the account of the hosting country and their percentage in the job market does not pose any pressure on the local labor. Thus, getting work permits becomes feasible in the recent procedures in addition to clear efforts to accommodate Syrian students in the Turkish schools. With time, this will lead to the establishment of the required settlement situation.

With the anxiety conditions Syrians pass through in Turkey and in other neighboring countries an important fact can be noticed: they do not seek to incorporate with the other communities. Most Syrians did not learn Turkish and they only know the basics needed to live with minimum contact with others. They feel that learning Turkish means their immediate return to Syria is hopeless and secondly there are no incentives to learn this language; most of them did not feel that the job market in Turkey will offer them jobs that suit their knowledge, experience and degrees. This matter has become highly important for all Turkish institutions, private and public. Within this context, we can talk about the desire of those institutions to break the psychological barrier that prevents Syrians from more incorporation.

These are concrete steps to incorporate the Syrian qualifications in the job market and we have to remember that many Syrians started to graduate from the Turkish universities and this will make them more involved and sooner or later they will work according to their specialization.

But can all these procedures break the refugees deeply rooted psychological barrier which continuously makes them feel temporal in the place while being subject to local political interactions? Some opposition parties rejected the Turkish government procedures that legalize Syrians presence and the extremists objected and were swift to release a virtual campaign that rejected Erdogan’s last statements concerning offering Syrians the nationality and at the same time they were faced with wide public denunciation!

The relationship between Syrian and Turkish citizens will not be restricted to the time of the Syrian crisis but will go beyond it. It is inevitable for such a relation to be strategic due to neighborhood and common history. In other words, what is happening now will definitely lay the foundations of a future relationship with more interaction. Therefore, it is necessary for both sides to break the psychological barrier and efforts have to come from the two sides.

It is the duty of the Syrian civil institutions in Turkey to initiate the mechanisms that make the refugees, who are witnessing the effects of the political changes, less worried and make fear for destiny fade away while at the same time it is necessary for these institutions to coordinate with the Turkish institutions away from the unilateral policies of the international investors.