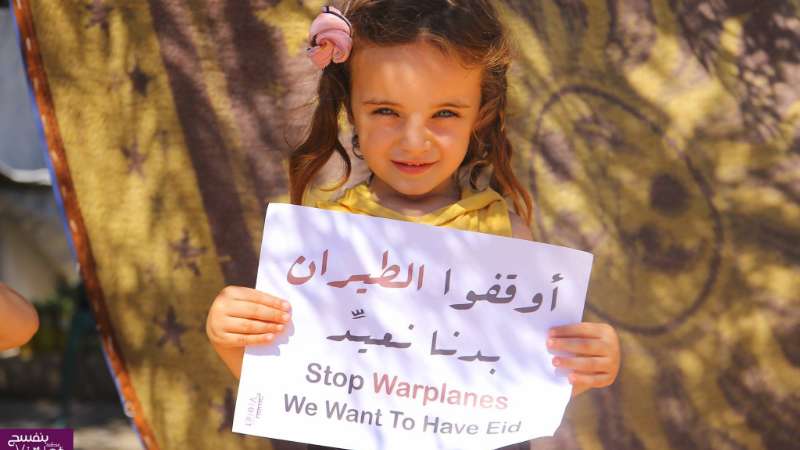 Syrians celebrate Eid al-Fitr festival under Assad attacks
Syrians in opposition-held areas and Assad-controlled areas celebrate the Eid al-Fitr festival, which marks the end of the holy month of Ramadan. The three-day festival annual celebration begins in Syria on Wednesday.
Assad bombardment has not stopped in many areas of Syria like Idlib’s Jisr al-Sheghor and Damascus’ Douma. Assad airstrikes were also reported in al-Bab in Aleppo eastern countryside where many casualties were reported.
"Assad regime does not observe Muslim festivals or ties of any covenant," one of the locals in the Assad-besieged city of Douma told Orient Net.
A girl carried a placard which read: "Stop warplanes! We want to have Eid." (photo)
Eid al-Fitr means "festival of breaking the fast" and marks the end of the fasting month of Ramadan. Such scared occasions have not been associated with de-escalation of Assad terrorists’ attacks since the beginning of Assad war on Syrians in 2011.
قيم هذا المقال