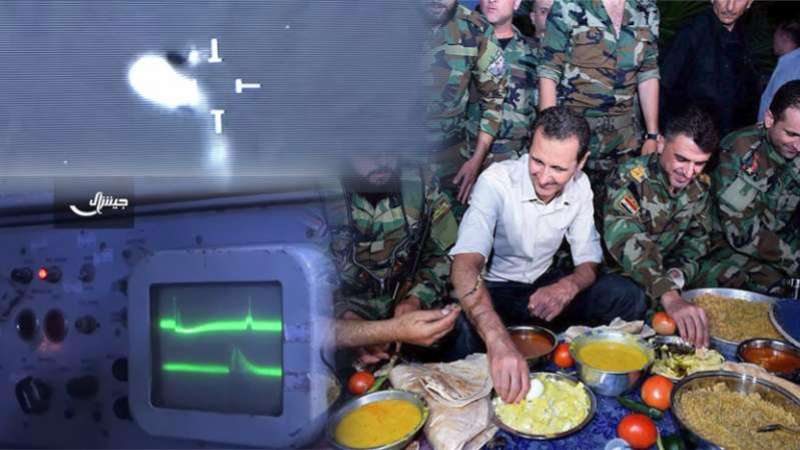 Following Assad’s visit to Ghouta, opposition downed helicopter
__new_Underarticle_image_EN__
Orient Net
Opposition fighters retaliated swiftly to Assad’s visit to Marj al-Sultan in eastern Ghouta by downing a helicopter in al-Bahariyya area in Ghouta.
Opposition sources announced the downing of an Assad helicopter that was hovering in Ghouta sky Sunday evening after targeting it with a missile already seized from Assad forces.
Coordination officer in Jaysh al-Islam, Abu Huthaifa, said that the Helicopter’s crew were all hurt and there is a possibility that some were killed.
__new_in_first_article1__
This comes only four hours after Assad’s visit to Marj al-Sultan which was occupied by Assad forces a month ago.
Assad media released photos of Assad among his terrorists taking breakfast in Marj al-Sultan as they claimed but this, however, cannot be verified.
Assad used such a technique to encourage his soldiers and the supporting militias in many hot areas while his media used to fabricate concocted stories lying about the correct time and place of the visit – al-Zablatani incident is but one example when he was there a year and a half ago while his media photos confirmed that he was in Jobar.