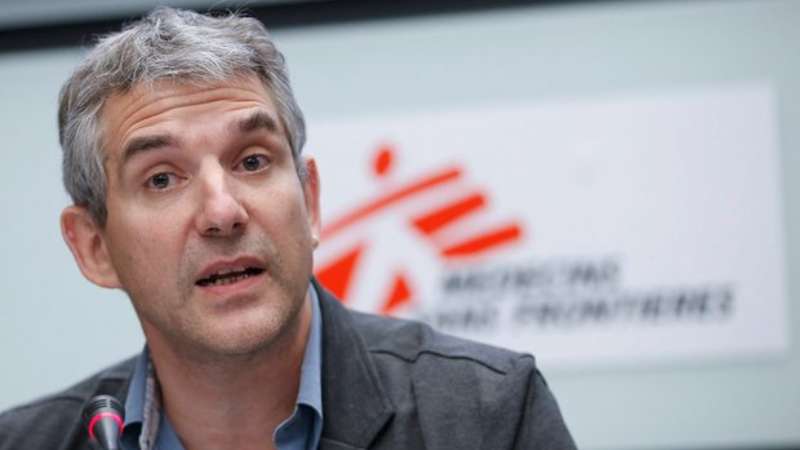 The medical humanitarian organisation Doctors Without Borders is rejecting funding from the EU and its member countries, citing the bloc’s deal with Turkey on migrants and refugees as counter to its values.
The group — also known as Médecins Sans Frontières (MSF) — announced the change Friday, saying it would apply to MSF projects around the world immediately.
The deal the EU struck with Turkey to stem the flow of refugees to the Continent sends a clear message that “caring for people forced to flee their homes today is optional and (countries) can buy their way out of providing asylum,” Politico quoted the group’s Secretary-General Jerome Oberreit as saying during a press conference in Brussels.
Under the controversial EU-Turkey deal, migrants and refugees traveling illegally from Turkey who arrive in Greece are deported to Turkey. In return, Turkey is promised visa-free European travel for its citizens and a resumption of talks about EU membership. The deal also calls for a Syrian refugee to be granted asylum for every asylum-seeker returned to Turkey, but doesn’t address resettlement of refugees or migrants fleeing any other conflicts.
Aid groups and humanitarian organizations have criticized the policy as undermining refugees’ rights to seek asylum.
Oberreit slammed the EU for refugee policies that are “against the values and the principles that enable assistance” and are designed with a “single goal of actually denying people the right to claim asylum.”
"They fear a forced return to Turkey yet are deprived of essential legal aid, their one defense against collective expulsion," the organization writes. "The majority of these families, whom Europe has legislated out of sight, have fled conflict in Syria, Iraq and Afghanistan," NPR reported.
This month, the EU presented a plan to send billions of euros to countries in Africa and the Middle East if they work to prevent migrants and refugees from leaving in the first place, or are willing to receive them back if Europe deports them.
__new_in_first_article1__
"Is Europe’s only offer to refugees that they stay in countries they are desperate to flee?" he continued in the statement. "Once again, Europe’s main focus is not on how well people will be protected, but on how efficiently they are kept away."
"There is nothing remotely humanitarian about these policies," he said, explaining that MSF would not accept money from governments and institutions who "do so much harm."
"On the Greek Islands, more than 8,000 people, including hundreds of unaccompanied minors, have been stranded as a direct consequence of the EU-Turkey deal," CNN quoted him as saying.
"We cannot accept funding from the EU or the Member States while at the same time treating the victims of their polic[i]es!" read a tweet from MSF Sea — the program assisting migrants and refugees in Europe and the Mediterranean.
According to its 2015 financial report, Doctors Without Borders received about 37 million euros (nearly $ 42 million) from EU member countries, and nearly 19 million euros (over $21 million) from the EU itself.
That’s less than 4 percent of the organization’s total income of 1.44 billion euros ($ 1.62 billion), according to the report. The document indicates more than three-quarters of MSF’s funding comes from individual donors.

"None of our patients will be affected by this decision," MSF said in a tweet. "We will use emergency funds to keep our projects running."
قيم هذا المقال 28 0