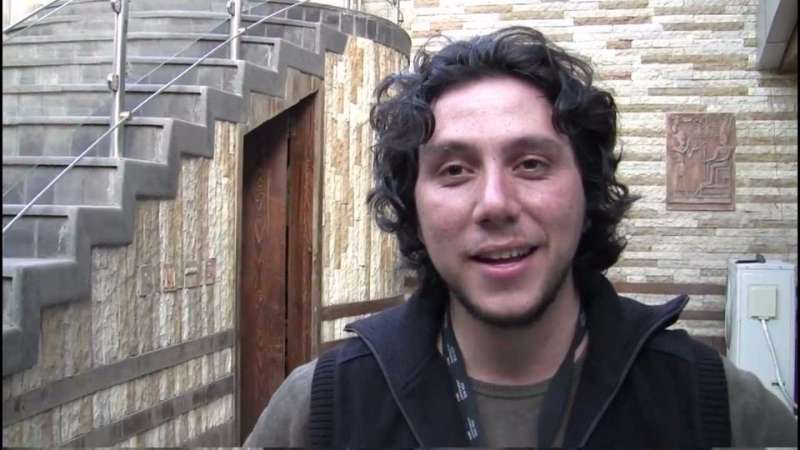 Bassel Shahade: Martyr of a noble dream
__new_Underarticle_image_EN__
Orient Net - Al-Araby Al-Jadeed
Palestinian writer and film director Nasry Hajjaj wrote an article in Al-Araby Al-Jadeed about Bassel Shahade, a Syrian filmmaker, and described him as one of those who passed away as people but who remain a shining light in the lives dear to them, just like a light house.

“A few days ago marked the fourth anniversary of the death of Bassel Shahade,” the writer states, describing him as someone who loved Syria and loved life in its noble image.

The writer then asks: “What is the secret behind the radiance that he emits, which makes us share the same sentiments in his death as when he was alive?”

He then continues by explaining his first encounter with Shahade when he called him in 2010 and Shahade asked him if he could view his movie in a café in Damascus. The writer then states that because his movie was banned from Syrian screens, Shahade found interest in screening it in the café that he used to run. “That made me love him even more,” the writer says.

__new_in_first_article1__
The writer then explains how if it was not for Shahade, he would not have met his current wife: “One year after I met him, became the anniversary of my marriage and his death.”

The writer continues by describing Shahade as a son or a brother to him.

“Shahade resembled a different situation in the Syrian scene, this young man – who participated in the peaceful revolution from the beginning – was a true lover of his country, who was born and raised in the shadows of tyranny,” the writer states, describing him as an intellectual and an artist.

The writer explains that Shahade loved Syria, and that he loved it free; he is not like other Syrian artists and intellectuals who fled Syria once it became unsafe; he actually returned to Syria to die and be buried in Homs away from his hometown.

“Shahade was the martyr of a free Syrian, a martyr of his noble dream of freedom,” the writer concludes.