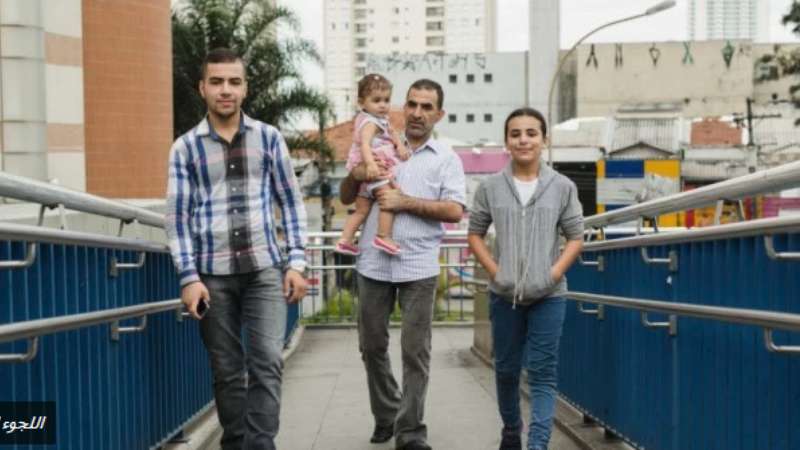 Hanan’s family fled Syria’s war and crossed the ocean to reach Sao Paulo, Brazil.
After 4 years of conflict, Hanan moved with her family to the sprawling city over a year ago under the framework of Brazil’s program of humanitarian visas, which caters to those fleeing the conflict in Syria a chance to start again.
Brazilian consulates in the Middle East have begun issuing private entry visas with simplified procedures to allow for the survivors of the war to travel to the largest country in Latin America where they can apply for asylum.
Hanan’s father, Khaled, explained that as he was helping his family and friends to flee Syria from the conflict, Assad regime imprisoned him on charges of human trafficking. The 40 year old from Idlib spent 11 months in prison where he was exposed to continuous torturing.
__new_in_first_article1__
He fled the country with his family after the prosecutor released him with no charges, explaining that “I did not want my family to see me on my deathbed.”
Khaled – along with his family – fled first to Jordan, where they stayed in the infamous Zaatari refugee camp located on the borderline between Syria and Jordan.
Khaled’s wife, Yusra, stated that “the 2 years and a half that we spent in that camp were a constant struggle. There was a lack in clean and sanitary water and the weather conditions were unbearable; it was extremely hot during the day and extremely cold during the night.”
Khaled and his family currently live in a one bedroom apartment with Zaher, Yusra’s younger brother, along with his family as well in Sao Paulo.
The 11 member family are part of the 2,100 Syrian refugees currently living in Brazil, with majority of them living in Sao Paulo, the largest city in the country.
قيم هذا المقال 14 0