In Syria, rebuilding bombed hospitals is an act of resistance 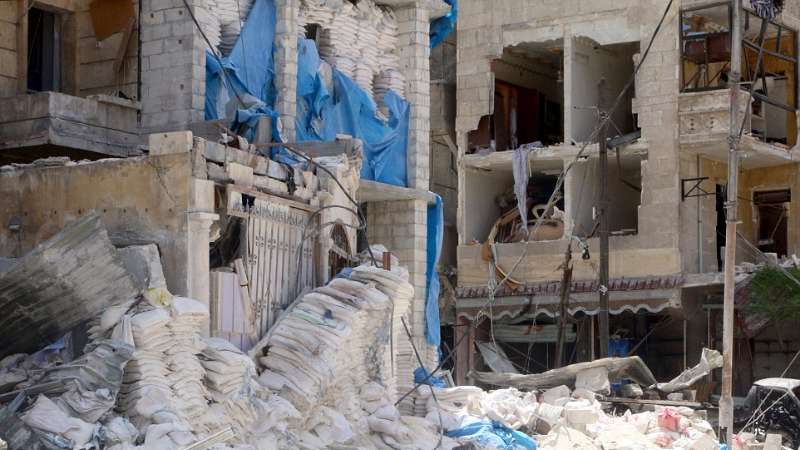 In Syria, rebuilding bombed hospitals is an act of resistance
The horror of the conflict in Syria, which began in March 2011, can be measured with statistics: over 400,000 people dead; half the population displaced; the life expectancy of a newborn child dropping from 76 years in 2011 to under 56 years in 2016. But the grotesque absurdity of this revolution is perhaps best captured by the fact that today Syrians are forced to crowdsource money online to rebuild and fortify bombed hospitals.

“Now, thanks to this war, we are 10,000 years back and we dig hospitals in the mountains and in the ground,” Zaidoun al-Zoabi, head of the Union of Syrian Medical Relief Organizations (UOSSM), told me. “In our worst dreams — in our worst nightmares — we never thought we would have to fortify hospitals,” he said. “It’s not humane. It’s impossible to comprehend.”

Zoabi, a 42-year-old father of three daughters, spoke to me from Berlin, where he fled two years ago. Originally from Daraa, where the initially peaceful uprising against the regime of Bashar al-Assad began, he fled when he “couldn’t stand anymore the brutality of the regime. Two times in jail was enough for me.” Now, like 4.8 million other Syrians, he witnesses the brutality from abroad.

__new_in_first_article1__
On April 27, airstrikes on the rebel-held eastern half of Aleppo struck al-Quds hospital for at least the third time, killing at least 55 people, including one of the last qualified pediatricians in a city of 300,000 people. Before the strike, two barrel bombs were dropped outside, according to Pablo Marco, Middle East operations manager for Doctors Without Borders, which supported the facility. The third strike came after the victims of those bombs were brought in for treatment, Marco told PBS, suggesting the attack was “staged to provoke the maximum number of citizens killed.”

Two days later, airstrikes hit Al-Marjah Primary Healthcare Center, which provided pediatric and gynecological care for residents of eastern Aleppo, Syria’s largest city and, before the war, its economic hub. It was the fifth UOSSM-run health care center to be destroyed by the Syrian regime and its allies.

I asked if he thought the destruction was on purpose or merely the product of an indiscriminate war where everyone and everything in territory controlled by the other side is fair game.

“There is nothing more systematic in Syria than bombing hospitals, at all, to cut the story short,” he said. “When you have two hospitals being targeted [in] Aleppo in the span of one week, this cannot be collateral damage, especially when the bombing is so precise and destructive.”