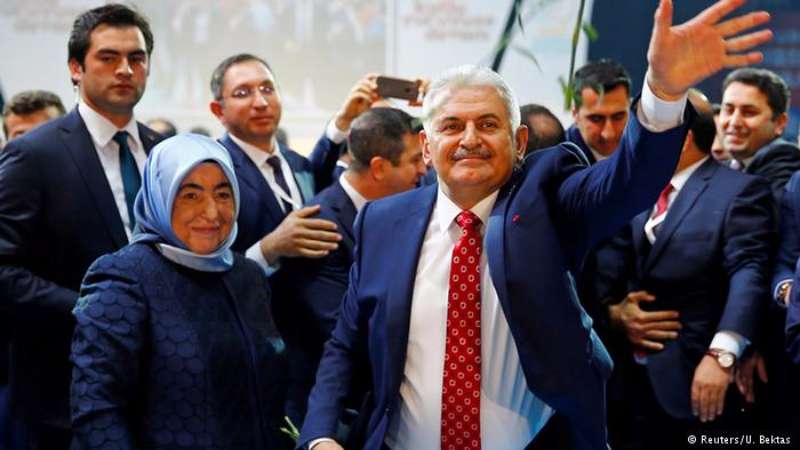 Yildirim, who was the sole candidate for the party’s third chairmanship, garnered 1,405 out of 1,411 votes in the election held at the Arena Sports Hall on Sunday, Turkish Justice Minister Bekir Bozdag announced.

Out of 1,411 votes, six were declared invalid, Bozdag added.

The 60-year-old new AK Party chairman is now set to replace Ahmet Davutoglu as the country’s next prime minister.

On May 5, outgoing Turkish Prime Minister Ahmet Davutoglu announced that he would not run for the AK Party chairmanship.

Yildirim, a co-founder of the party, which was established in August 2001, has served as transport minister (with other portfolios, including maritime) in five Turkish governments under prime ministers Abdullah Gul, Erdogan and Davutoglu.