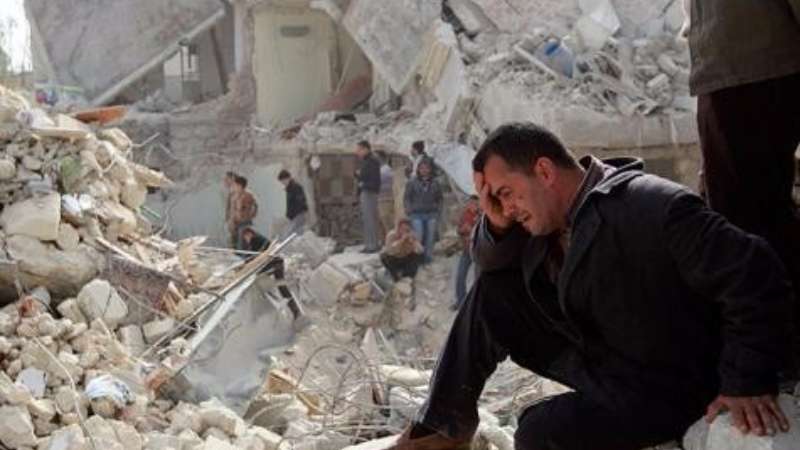 Western media’s coverage on Syria
Today’s international and European media report on the meeting of the International Syria Support Group (ISSG), set to take place next week in Vienna.
The Washington Post reports on Tuesday that the world powers working on a resolution to Syria’s war plan to resume talks next week in Vienna, with indirect negotiations between Assad regime and the opposition expected to follow some days later, Secretary of State John F. Kerry said. The aim of the meeting is to discuss how to support the implementation of a new Syria-wide cease-fire and to discuss resumption of the peace talks between the Assad regime and the opposition.
US Secretary of State John Kerry told Reuters in London that "the ISSG would formally come together to build on what we did with the Russians in terms of this agreement and to talk about all kinds of things, ranging from duration, to enforcement to the political process."
Russian President Vladimir Putin, at a meeting with the highest ranks of the Russian military in Sochi, said he was feeling optimistic about the outcome of the renewed cooperation with the US to end the conflict in Syria. Reuters also reports that Russian Foreign Minister Sergei Lavrov discussed the implementation of the ceasefire with Iranian Foreign Minister Mohammad Javad Zarif during a phone call on Tuesday.
Against a backdrop of intense international diplomacy, a fragile truce continues to hold in the embattled Syrian city of Aleppo, Euronews reports.
Despite the newly established temporary truce, the Reuters states that two airstrikes hit the north-western town of Binnish, in Idlib province, killing at least 10 people.
The media further reports that Turkey’s special military forces carried out an extraordinary operation against ISIS fighters in Syria. Turkish officials did not disclose the details of the operation. According to the Wall Street Journal, the operation was part of an effort to cut ISIS’ 60-mile supply corridor along the Turkey-Syria border.
France
Le Monde reports that the opposition’s Western and local partners are continuing their support, underlined by a conference that took place on Monday in Paris. It also covers joint US and Russian efforts in pursuing peace.
__new_in_first_article1__
It is reported that the Assad air force has attacked parts of Aleppo countryside in disregard of the ceasefire, according to reports from AFP.

Moreover, Le Point is covering the capture of a key supply route between Palmyra and Homs by ISIS, as it looks to surround the ancient city of Palmyra.
In addition, Le Point states that the bodies of 12 of the 13 Iranian ’military advisers’ killed last week in Syria are in not in the hands of Iran, according to Iranian military sources. It also covers the death of four more Iranian military personnel, including a renowned general.
Germany
Faz News Agency draws attention to the internally displaced persons, especially in the Middle East, who have been mostly overlooked due to the flow of refugees from the Middle East to Europe, according to the Norwegian Refugee Council (NRC) and the Internal Displacement Monitoring Centre.
Die Welt sheds light on the involvement of Russian mercenaries in the Syrian conflict. Wagner is the alias for lieutenant colonel Dmitri Utkin, a former member of the special units of the Russian military intelligence service GRU. According to Die Welt, Utkin is responsible for the mercenaries in Syria and commanding them.
Benelux
Finally, Dutch newspaper De Telegraaf writes that at least 10 people got killed during an air strike in the Syrian province of Idlib. According to the newspaper it is not clear whether the Russian or the Assad regime is responsible for the attack.
Belgian Secretary of State for Asylum and Migration Theo Francken has stated that the first Syrian refugees, in the framework of the EU-Turkey migration deal, will arrive in Belgium on May 25, Belgian Agence Belga reports.
قيم هذا المقال