Erdoğan: Presidential reform must be put to referendum soon 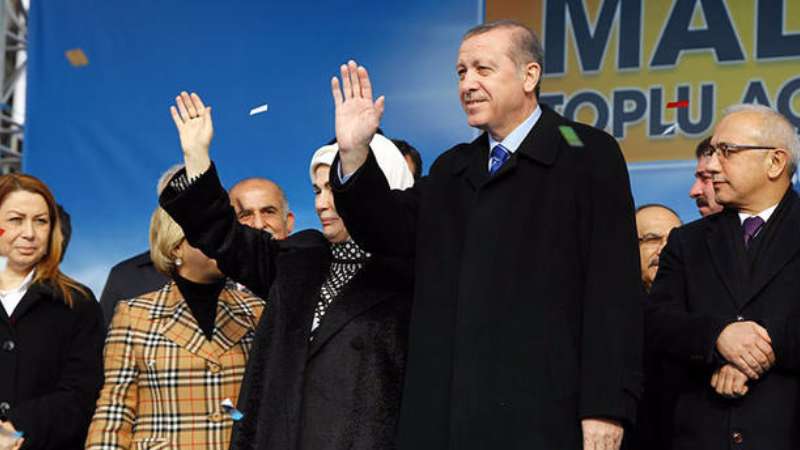 AA photo
Orient Net - AA
President Recep Tayyip Erdoğan said in a speech on Friday that presidential reform must be put to referendum as soon as possible.
There will be no gap in Turkey’s governance and the latest political developments will not directly impact the economy, the president said, which followed Prime Minister Ahmet Davutoğlu’s annoucement on Thursday that he will not run for the leadership of the ruling Justice and Development Party (AK Party) at an extraordinary congress on May 22.
Erdoğan said in his speech that a new constitution and presidential system were urgent requirements and were not his personal agenda.
The president also touched upon European Union’s (EU) demands that Turkey bring anti-terrorism laws in line with tight EU standards. He said that Turkey will not change its anti-terrorism legislation for the sake of visa-free travel to Europe for its citizens.
Addressing European countries, Erdoğan said: "EU asks Turkey to change its terror laws for visa exemption; lets [PKK] terrorists erect tents [in Brussels]. We’ll go our way, you go yours."
The EU is asking Turkey to revise its terrorism laws as a condition for allowing Turkish citizens to travel to Europe without visas on short stays.
"It’s not possible to make any revision to the legislation and practices on terrorism while our country continues its intense fight against various terrorist organisations," EU Minister Volkan Bozkır said on Thursday.
He said Turkey had already made some changes requested by Europe, including reference to "the concept of immediate and obvious danger that threatens public security".
"However, we don’t have the luxury of making (further) changes," he was quoted as telling local reporters in Ankara.