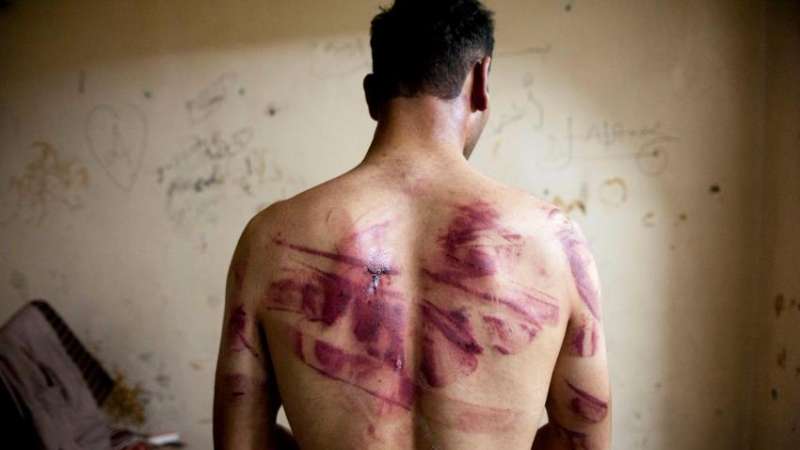 Photo AFP
Hundreds of thousands of Syrians, including women and innocent people, are still languishing in Assad’s prisons, but an activist-run campaign is working hard to put their issue on the agenda.

The campaign began as Syrian activists leaked letters and diaries from prisoners, at great risk to both the campaigners and the prisoners’ lives.

"When you read diaries of those prisoners, you know that whenever the clock ticks [a] spirit slips out of our hands. You can see through those diaries how they suffer, how they are tortured, how they share olives among themselves," said Susan.

"Many were detained for no reason, they weren’t even political prisoners. They were taken by mistake," she added.

"In the hell of intelligence services, I witnessed the death of many detainees. Sa’ad was the first disconnected detainee - one whose brain stops giving voluntary orders to his body, disconnecting him from the surroundings. He doesn’t eat or talk..." read one letter.

"There are many disconnected people around, but how long they last varies, though never surviving more than one month".

In another letter, a detainee discusses living life in underground cells, never seeing the sunlight.

"Many see the sun again, but only as lifeless bodies wrapped in shrouds. I bade Ahmad farewell after his severe asthma attack when the ventilation stopped working," wrote the prisoner.

"We carried Abu Muham outside the cell and laid his body, which couldn’t endure the disease in the corridor. My little friend Samer was too thin; I carried him out of the cell on my own."
__new_in_first_article1__

Another detainee described detention as a way to kill without the ’PR’ of killing on the street.

"I have become a number, a negligible number. My death is no loss as Assad can arrest a dozen for each detainee with no one to stop him," the prisoner wrote.

The group created a video cartoon with a flower character symbolizing a prisoner being tortured in numerous horrific ways.

Despite the surreal nature of the cartoon, the video remained incredibly disturbing, showing the "flower" being cut, feet burnt, and finally raped.

The organisation also published a testimony from a mother whose son was killed during detention.

The Save the Rest campaign works on two levels - attempting to pressure at international level, and also urging the Syrian opposition to separate humanitarian detainee cases from political demands.

__new_in_first_article2__
"The regime is trying to use detainees as a weapon, even detainees who were due to be released and are completely innocent, especially women, [who] are kept in prison for exchanges," said Susan.

Women detainees are often used to pressure male members of the family.

"If you miss a member of your family - sometimes if you report the person is missing you put their life at risk. They ask about their sons and they get no answer," said Susan.

International organisations provide limited support as their access to the prisons is extremely limited.

"They are not able to support, they can’t see the reality," said Susan.

"The medical situation is so bad, but no one is allowed to take medication to them, but the organisations. they know when the red crescent is visiting because there will be a clean-up," she added.

"Nothing can convey the reality - you can’t imagine how they can survive or lead a normal life afterwards - they were lucky to survive but how they could survive?"

While hundreds of thousands of human beings remain in underground prisons, unable to even sit down due to their conditions, the issue of prisoners arguably remains marginal, even in the Syria conflict.

"Whenever you see the sun, just remember that there are people living beyond it," wrote a detainee. 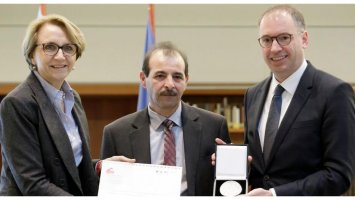