Russian Minister: New Geneva Syria talks to resume on May 10 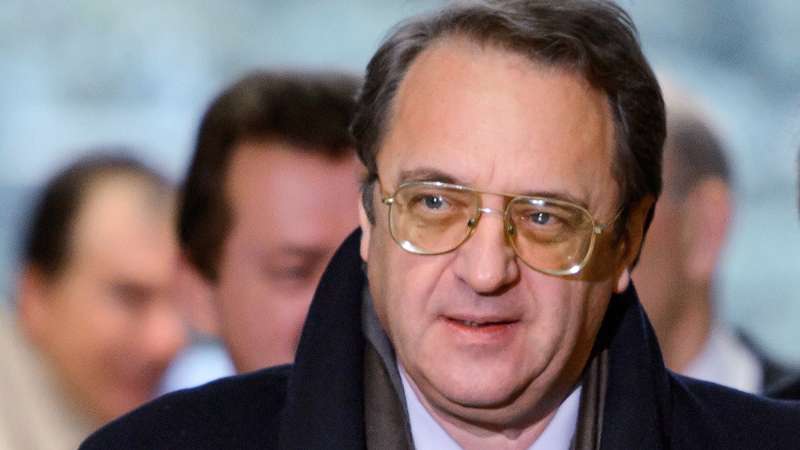 Russian Deputy Foreign Minister Mikhail Bogdanov
Orient Net - Agencies
Russian Deputy Foreign Minister Mikhail Bogdanov was quoted on Wednesday as saying Syria peace talks would resume in Geneva on May 10, but a spokeswoman for the UN special envoy on Syria said no date had yet been fixed.
The RIA news agency had reported Bogdanov’s comments earlier on Wednesday, but when asked about it a spokeswoman for Staffan de Mistura, the UN special envoy, said in an email that talk about May 10 was speculation and that no date had been set.
De Mistura, who is struggling to keep negotiations alive after the main opposition High Negotiations Committee (HNC) left formal talks last week, was due to give a news briefing later on Wednesday.
The Assad regime said on Tuesday it had held a final session of talks with de Mistura in a "useful and constructive round", but diplomats warned that an escalation of fighting around Aleppo threatened the shaky peace process.
George Sabra of the HNC said on Wednesday it was up to the UN to say when peace talks would resume, but said his group would not take part until its demands were met.
"All the while real steps aren’t taken on the ground in Syria, the participation of the delegation of the HNC will remain suspended," Sabra told Reuters.