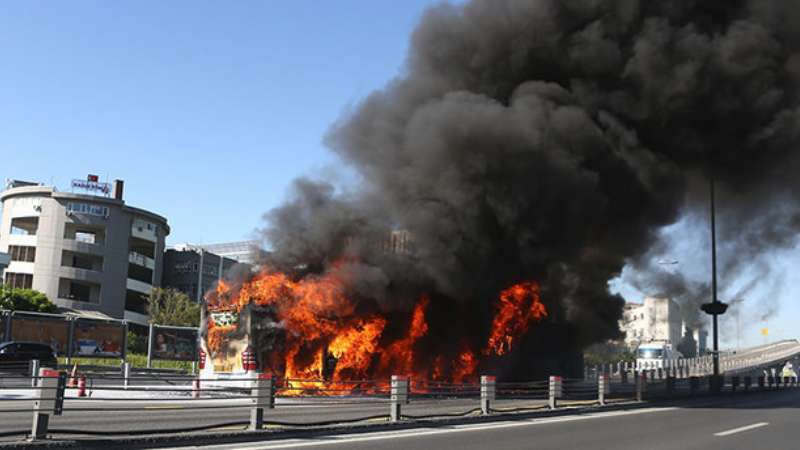 (AA)
__new_Underarticle_image_EN__
Orient Net - Agencies
A metrobus caught fire on one of Istanbul’s busiest roads on late Sunday, Yeni Safak reported.
There were no injuries or casualties in the incident, Daily Sabah stated.
The vehicle was consumed by flames amid weekend traffic near Topkapı station in the Bayrampaşa district on the E-5 highway, in the direction of the Zincirlikuyu district.
__new_in_first_article1__
Huge smoke was visible from the scene and several explosions were heard.
Police sealed the road without making any official statements about the cause of fire. Firefighters arrived on the scene but were unable to put out the fire before the metrobus was completely destroyed.
The Metrobus system spans to a total length of 46 kilometers with 44 stations and is a vital means of transport for Istanbulites.