A defected Assad regime diplomat tells about massacres she witnessed

A defected Assad regime diplomat tells about massacres she witnessed 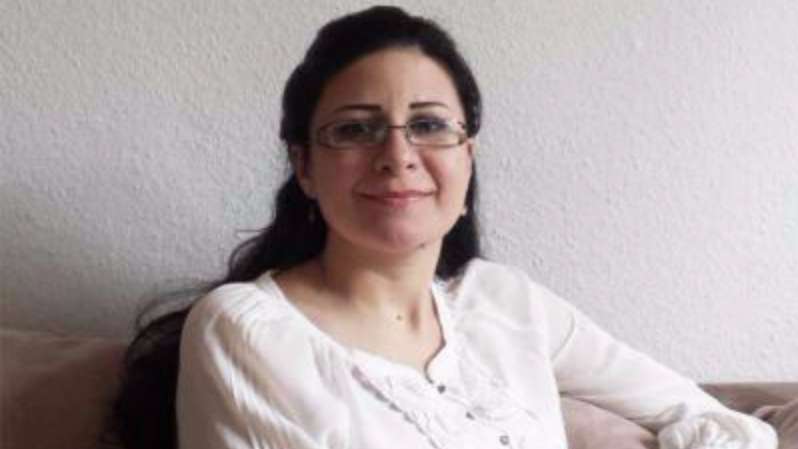 Lama Ahmad Iskandar
__new_Underarticle_image_EN__
Orient Net - Al-Quds Al-Araby
Syrian diplomat Lama Ahmad Iskandar was raised up in a house where a big picture of Syria’s dictator Hafez Assad occupied a prominent position in the guest room. That wasn’t strange for Lama’s family house since she is the daughter of the most famous information minister of Assad regime, Ahamd Iskandar Ahmad.
However, Lama’s defection was beyond possible given that she was a newly-appointed counsel in Assad regime’s embassy in Islamabad in Pakistan. Lama, who descends from the Alawite ruling sect, the daughter of the information minister who created the myth of Syria’s dictator, Hafez Assad, in Syrians’ imaginations.
Lama wanted to make all that history part of her message when she defected in June 2013 after months of preparation with the Free Syrian Army.
Lama Ahamd views her case as an example for many regime advocates who are misguided or deluded. She said to Al-Quds Al-Araby: “I have not heard about what happened in Tal al-Zaatar, a Palestinian refugee camp where Assad forces committed a massacre against Palestinians in August 1976, until 2000. That was my first shock.”
Lama further explains the atmosphere in which she grew up: “My father was Assad’s information minister for ten years -- between 1973 and 1983 -- the picture of Hafez Assad was above our heads at home. It was difficult to believe that your example in life was actually a criminal.”
“My first questions emerged when I was a student at Damascus University where I studied in the Faculty of Commerce. Our professor then was Prof. Aref Dalila, the famous Syrian economist, who helped us find new facts. Prof. Dalila told me: "You are defending a criminal." He told me about Tal al- Zaatar for the first time,” Lama said.
After that incident, Lama went to her father’s archive, the man whom she always trusted, I found out that he wrote they committed a horrible mistake in Tal al-Zaatar. Later when Lama worked in the ministry of foreign affairs, she realized what the real picture of Assad regime was. She found out that corruption is a systematic process and realized then that she had two options only: either to work with mafia networks of the regime or to move away.
__new_in_first_article1__
Lama continues her story that really began with the Arab Spring. She said to herself, while she was in that kingdom of silence, that she would be determined to join any uprising in Syria if it took place here.
Defecting from her work was always an option but it was intimidating because anyone who may do that would be subject to prosecution. “Regime’s monitoring eyes were widely open,” adds Lama.
“I was living in Yusuf al-Azma neighborhood. I had to drive my car everyday near Darayya and Muadamiyah crossroads. I don’t exaggerate if I say that there was a new body lying on the street every day. We couldn’t do anything. We only drove away,” Lama said while tears were shedding from her eyes.
Lama, herself, was a witness to two massacres that happened nearby her house. The first took place in Jdaidet al-Fadl and the second one in Jdaidet Artouz in August 2012.
“Yes, I witnessed them. Blood was still on the ground,” Lama said.
Lama then continues: “There was a missile launcher next to our house; we were frightened. We stayed at home for four days while the doors were closed. We heard everything and the voices of people. Then they piled the bodies and burnt them. The smell was everywhere.”
Rashid Issa in Al-Quds Al-Araby
Translated from Arabic by Orient Net English