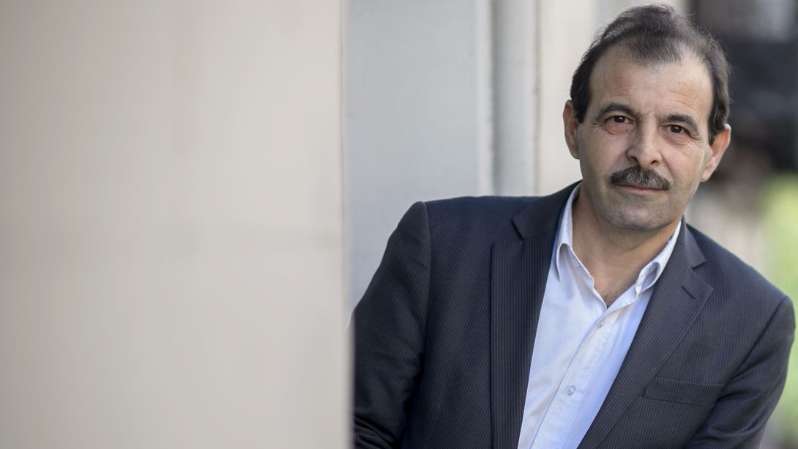 Why was it called a “constitutional declaration" not a "constitution"?

A constitution is a basic document for any state. It specifies the powers for the governing bodies, defines duties, rights and the basic rules in a society. The constitution gives legitimacy to institutions and decisions. It is passed unanimously by the people who decide the form of the state in which they live. It is a long-term document but not a changeable one because it aims at preserving long social stability. Therefore, such a document is not usually set in times of turmoil or instability and shouldn’t be dictated by one sector of the society at the expense of other social sectors by means of force or coercion or even threat of destabilizing social order.

Germany, for example, didn’t set its constitution after the end of WWII directly. Germans waited four years until war ended so that displaced people and refugees could return home.

Consequently, speaking about a new permanent constitution for Syria under the current circumstances looks worthless. However, in case such a debate takes place it would become against the will of the Syrian people because it would be imposed on them by means of force or intimidation about prolonging the conflict.

In addition to that, half of the Syrian people are either displaced or have become refugees with a lot of worries about new and hard life conditions. So, taking part in setting or voting on a new constitution would be among one’s last worries. Besides, his choices would be widely affected under the pressure of war and stress resulting from hard life conditions.

__new_in_first_article1__
Therefore, whoever suggests a certain form of a constitution is trying to impose or pass his vision of the constitution on other Syrians. Comparatively, the “constitutional declaration” is temporary and set for a certain time and specific mission which is to legitimize the transitional period which is going to prepare the economic and psychological situation for people to take part in forming their future quietly and would prepare the main structure for state’s institutions which would enable Syrians to do their part of the process.

What are the main points that have priority in the constitutional declaration you are working on?

Secondly, it specifies the major permanent policies for the country and citizens and honors the main rights among which equal representation of all social elements in the process of constructing the transitional governing body and it specifies the powers of all the entities of the governing body accurately. It also stresses the necessity of limiting the powers and decisions taken during the transitional period so that they don’t affect the social structure or create any deep changes in society, i.e., to limit the powers of this declaration to the transitional period.

Basically, its mission is to prepare the suitable environment to set the new constitution and passing it in order to render power to the new elected government and parliament with all what such a process may need like starting reconstruction, letting refugees and the displaced return to their houses and areas, and most importantly to start the establishment of  the judicial system, rebuilding security forces in order to restore security and safety, and to protect the transitional process as well as collecting illegal weapons, setting a compensation fund in order to restore civil peace among social constituents.

You talked about the National Assembly. What are the mechanisms of establishing or electing its members?

__new_in_first_article2__
In fact there are many proposals and suggestions for establishing the National Assembly that will write the new constitution. It is the first step of this process. Most suggestions prefer that the Assembly be elected as a whole. That’s very legitimate given that writing the constitution requires high legal expertise, not advisory but well connected with the constituents and elements of the Syrian society.

Based on this, there were many suggestions that the national assembly should include people with legal expertise and representatives of different social sectors since the new constitution would be passed by the people at the end through a public referendum. We, in the Syrian Center for Legal Researches and Studies, suggest that half of the National Assembly members be elected by the people, while the second half to be appointed from among people of expertise and distinguished social status and that would also make up for any possible absence of a certain social constituent which elections can not make their voices heard inside the Assembly. Thus, the national constituent body would meet the conditions of being elected on one hand and has all the needed legal expertise for such a process.

The Transitional Justice Body is more theoretical than real. Which executive power would help it carry out its missions?

The Transitional Justice Body is the key to move into new Syria. We believe that it wouldn’t be possible to start building new Syria without establishing transitional justice because it would absorb angry feelings and congestion as well as reduce the possibilities of any vengeful acts in the future. It would be the means to restore civil peace and give assurances that victims and their families will be compensated.

How does the constitutional declaration help empower the transitional governing body?

The constitutional declaration is the basis for legitimizing any power in Syria during the transitional period. It doesn’t only empower the transitional governing body but it also gives significance and power to carry out procedures and enforce new legislation. Practically, it is very essential to Syria’s future as a state before the whole world.