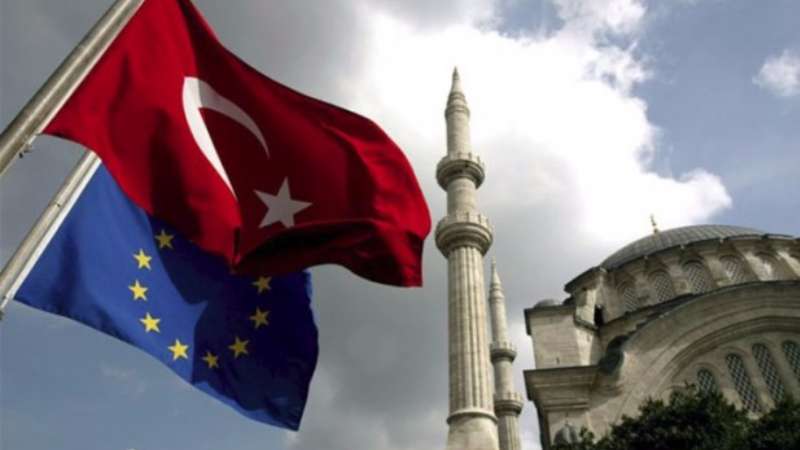 Orient Net - Reuters
Turkey and Germany said on Wednesday a deal between Ankara and the EU meant to stem the flow of refugees to the Greek islands was showing signs of success, but many were still trying to cross the sea and the route remained far from sealed off.
Three days after the accord came into force, new arrivals on the Greek islands from Turkey dropped to 68 in the 24 hours to Wednesday morning from 225 the previous day, data from the Greek migration ministry showed.
Turkish Prime Minister Ahmet Davutoglu said the decrease was a direct result of the deal with the European Union. A spokesman for the German government, which lobbied sceptical European partners to back the accord, also said things were moving in the right direction.
"It is functioning, and the (number of) illegal migrants is in decline," Davutoglu said during a visit to Helsinki.
Under the accord, migrants and refugees who cross the Aegean Sea illegally are sent back to Turkey. Since it was implemented on Monday, 202 people, mostly from Pakistan, have been returned. Greek and Turkish officials say more may be sent back this week.
But the number of illegal refugees arriving on the Greek islands fluctuates daily, and many are still trying to cross.
Turkish authorities detained several groups at sea shortly after dawn on Wednesday, including about 40 Iraqis, some of whom set sail in a small dinghy from a cove 20 km (12 miles) south of the town of Dikili, a Reuters witness said.
Some people were left on the beach as the dinghy was too small to carry them all. They watched as the Turkish coastguard intercepted the vessel shortly after it set off.
"Greece does not want to host us. Turkey is not allowing us. Where should we go? We drown in the sea with our children, that’s it," said one Iraqi, declining to give his name.
Around 15 Pakistani migrants were also intercepted and taken to the town of Dikili, where a reception centre has been set up.
On a road outside Dikili, nine Syrian Palestinians, their belongings in rubbish bags over their backs, were trying to find transport after abandoning efforts to cross the sea, deciding the groups they planned to join were too big and the boats too small.
They had fled the Palestinian refugee camp of Yarmouk on the edge of the Syrian capital Damascus. Some still wanted to make the crossing, but others now hoped to be settled in a refugee camp in Turkey.
"This agreement is not about Syrians or Palestinians. Where can we go if we go back to our land?" one said of the EU-Turkey deal, declining to give her name.