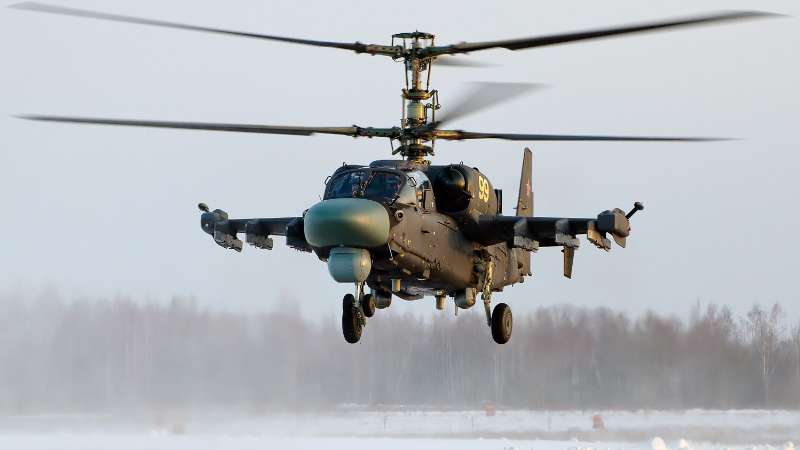 Orient Net - Agencies
A fresh batch of Russian Ka-52 “Alligator” attack helicopters have reportedly arrived to the Humaymim Military Airfields in Jableh, Latakia this morning, AMN reported.
These Russian manufactured choppers are highly regarded for their durability and effectiveness during reconnaissance missions.
According to russianhelicopters.com, “the Ka-52 Alligator is a next-generation reconnaissance and combat helicopter designed to destroy tanks, armoured and non-armoured ground targets, and troops and helicopters both on the front line and in tactical reserves, Pro Russia News reported.
__new_in_first_article1__
The helicopter can operate around the clock and in all weathers.
The Ka-52 can provide target acquisition and designation for helicopter teams and ground troop command and control centres. It can also provide fire support for troop landings, fly routine patrols and escort military convoys,” Saidaonline reported.
This comes after Putin announced that his forces were withdrawing from Syria. Since then, more Russian forces have entered Syria than those that were withdrawn.
قيم هذا المقال 14 0