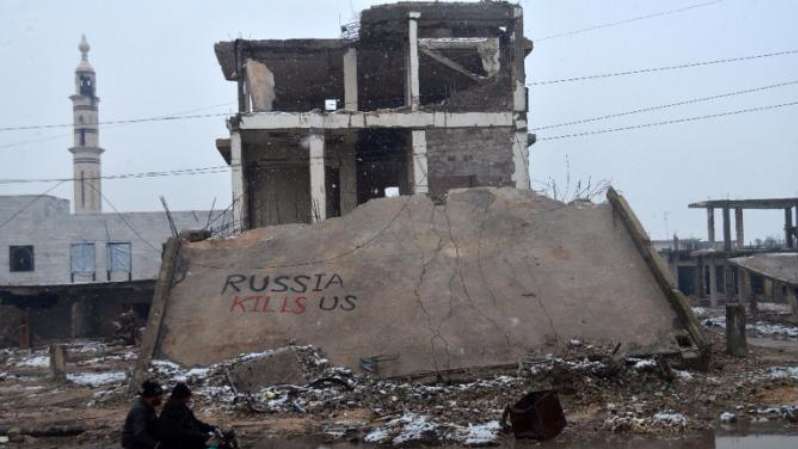 Airwars said its provisional view was that from September 30 -- when Russia entered the Syrian war to shore up the regime of Bashar al-Assad -- and December 31, between 1,096 and 1,448 civilian non-combatants were "likely" to have been killed in 192 Syrian incidents "where Russian strikes appear to have taken place in the near vicinity on that date."

The group also said that 1,700 civilians were "credibly reported injured" in the 192 incidents, an inevitable consequence of Russia’s use of non-precision munitions.

The claimed toll for the three-month period is higher than the total supposedly killed by the US-led coalition that has been hitting Islamic State targets in Iraq and Syria since August 2014.

Airwars acknowledged that in some incidents, it was unclear whether the civilians died as a result of Russian bombs or attacks by the regime of Bashar al-Assad.

Airwars is a collaborative group made up of journalists, researchers and analysts.