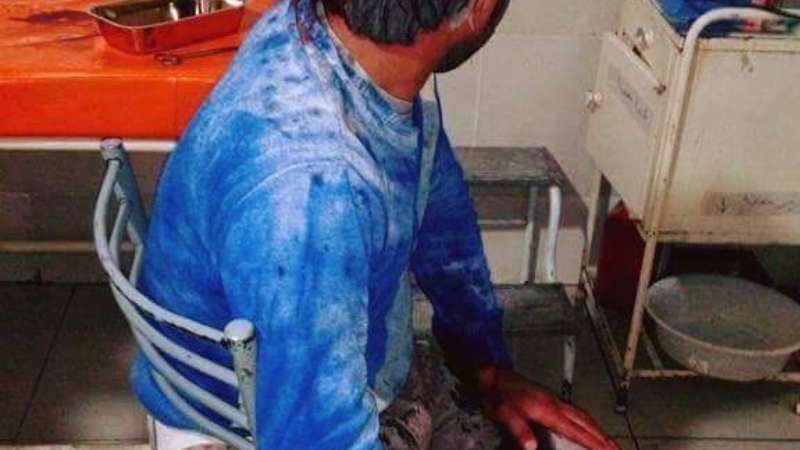 Idlib - Bennesh Mar. 29, 2016
__new_Underarticle_image_EN__
Orient Net - Exclusive
Russian or Assad air strikes hit today many residential areas in the city of Jisr al-Shegor in Idlib western countryside. The air attacks left one child Wissam Moses killed and many others seriously injured near al-Kastan al-Gharbia School in the city, Orient Net knew from special sources.
The same sources added that Assad helicopters dropped two barrel bombs on the outskirts of Dama and Kamaaya in Jisr al-Shegoor. Another barrel filled with cluster bombs targeted al-Najia also in Jisr al-Shegoor.
Meanwhile, 7 civilians were injured by rocket attacks which targeted the city of Ariha in Idlib’s countryside.
In Bennesh in Idlib countryside, three air strikes hit at midday the eastern, the northern and the southern parts of the city. No casualties were reported, but many buildings were heavily damaged.
Orient News documents all Assad and his allied sectarian mercenaries’ violations of the UN Syria truce, and obtains exclusive photos from the heart of the story.