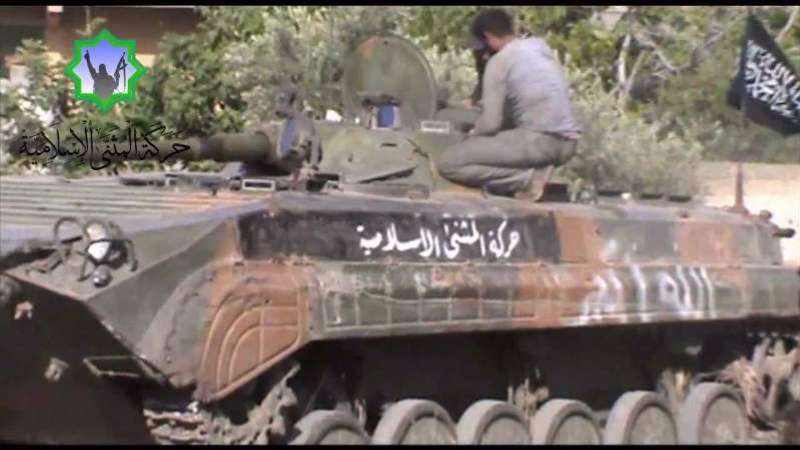 
The fighting resulted in killing and injuring many of the ISIS-affiliated elements, many others were captivated, activists said.
In a new development, many of al-Muthanna’s elements defected from the group whose elements are accused of making pledge to ISIS.
__new_in_first_article1__
It is estimated that 60 elements of Al-Muthanna defected with their weapons following the battles which took place between the fighting groups in Al-Yarmouk Basin.
"Our weapons must be directed to Assad terrorists and not to our Syrian brothers", one of the defected elements said.
In the meantime, civilians fled their homes to Heett, Sahem al-Jolan and Tseel near the Syrian Jordanian border.
It is worthy to note that the Southern Front set up a Room to command military operations to push ISIS out of all Daraa countryside.

The Martyrs of al-Yarmouk