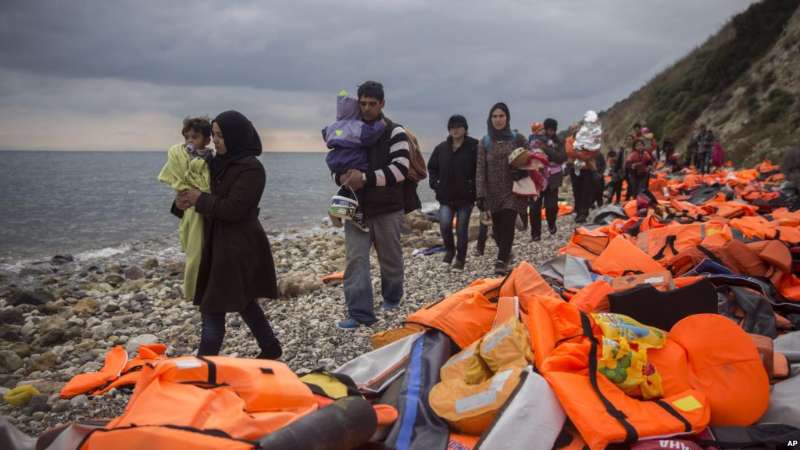 (AP)
Orient Net - AP
Monitors from Turkey have arrived on the Greek islands of Lesbos and Chios to help supervise an agreement aimed at curbing the number of refugees and migrants traveling to the European Union, AP reported.
The monitors arrived Monday as Greek authorities scrambled to implement the landmark deal reached last week between the leaders of the EU and Turkey that includes faster refugee relocations to European countries as well as collective deportations from Greek islands to Turkey.
Government figures released Monday said the number of stranded asylum-seekers in Greece exceeded 50,000 with no significant changes in the number of daily arrivals.

Under the terms of the deal, refugees and migrants arriving on Greek islands from Sunday onward will not be allowed to travel to the Greek mainland.