Toner: US will not recognize PYD federal region in northern Syria 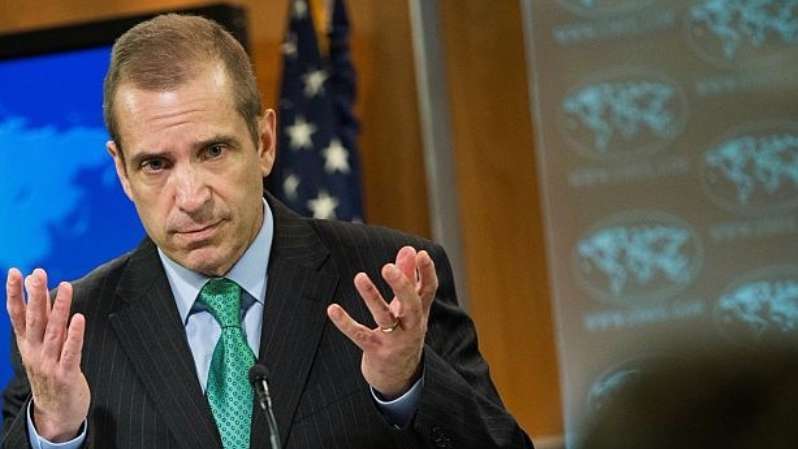 Mark Toner (Photo Getty)
Orient Net - Daily Sabah
The Syrian Kurdish Democratic Union Party (PYD), which controls most of northern Syria is expected to declare a federal system on Wednesday, a spokesman from the group said. The announcement immediately received a rebuke from the United States.

U.S. State Department deputy spokesman Mark Toner said the U.S. will not recognize any self-rule in Syria. He said: "We have not and will not recognize any self-rule, semi-autonomous zone. We remain committed to the unity and territorial integrity of Syria." U.S. officials repeatedly said they would focus on advancing a negotiated political transition in Syria that will address the parties’ demands for autonomous or federal region.

The PYD’s step will combine three of its autonomous areas of northern Syrian into a federal region. The announcement would mean "widening the framework of self-administration that the Kurds and others have formed," said Idris Nassan, an official in the Foreign Affairs Directorate of Kobani, one of three autonomous areas set up by the group two years ago. He told Reuters the areas would be called the "Federation of Northern Syria."

The PYD has been left out of peace talks underway in Geneva, in line with pressure from Ankara, which considers it to be the PKK terrorist group’s affiliate in Syria.

State Departman spokesman John Kirby said last month that the U.S. is firmly in favor of a Syria free of any type of sectarianism. "We support a whole, unified, nonsectarian Syria. It’s right there in black and white," he said.