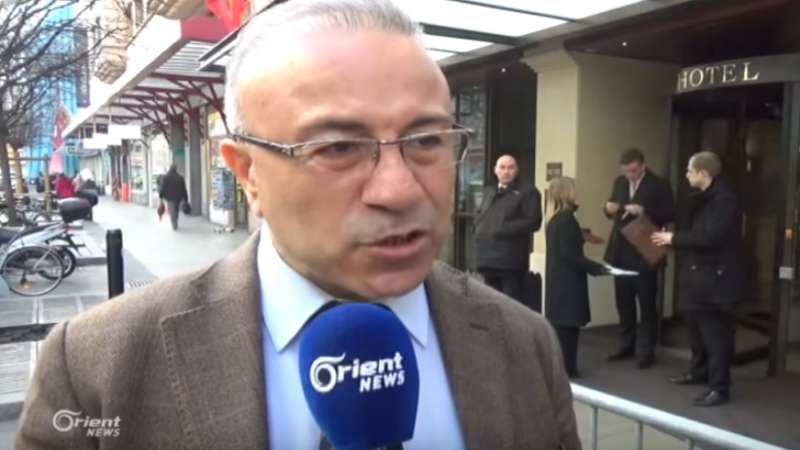 Orient Net - Exclusive
Meetings are expected to be held Tuesday between the opposition’s High Negotiations Committee (HNC) and the UN Syria envoy Staffan de Mistura in Geneva, Orient News correspondent to Geneva Muhanad al-Sayed Ali said.
"The international community is more serious this time in the efforts which it exerts in respect with the transitional period in Syria," the senior opposition negotiator Abdul Hekeem Bashar said in an exclusive interview with Orient News.
"In this round, the political transitional period which is based on Geneva Communique and the Security Council Resolution No 2254  will be discussed. Without the political transition, nothing could be discussed", Bashar added.