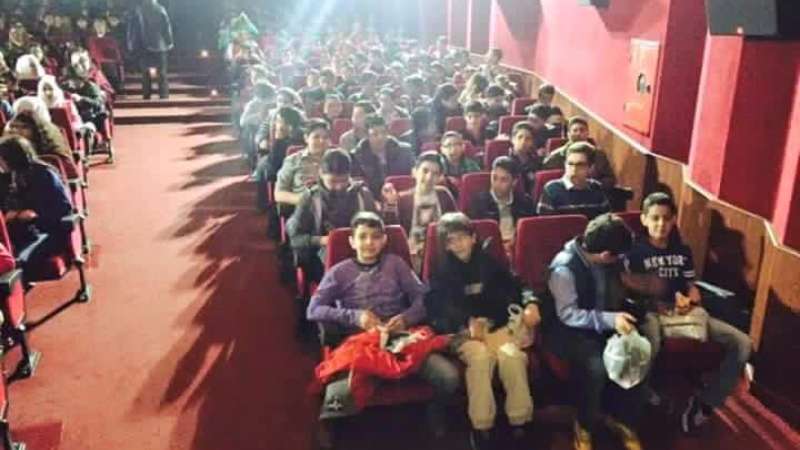 Orient Net - Special
Kids in Syria are forcefully exposed to all kinds of violent images due to the situation in the country with all that it carries from their parents’ frustration to their own mental state that the circumstances have brought.
Recently, Assad regime forced primary and middle school students to attend a new movie called Fanya wa Tatabadad (meaning perishable and tarnished) directed by Najdat Anzour that projects all sorts of images of what ISIS is supposedly doing.
Children under the age of ten sat silently as the screen showed horrible images that some adults may not be able to bear. This whole event was advertised and sponsored by the Assad ministry of education as perhaps another attempt of show-and-tell as the movie depicts the Assad army as the ultimate savior and protector from the gruesome destiny that ISIS may be leading the country to while neglecting all the other parties impacting the country’s continuous state of war and instability.
The movie displays shocking scenes of drug abuse, killings, slaughtering, nudity and so much blood with awful details as if kids in Syria needed more graphic images to shamelessly shown to children under 18 by the ministry of education.
Psychological researches have shown that violent images showed to children cause many negative impacts on children as it might cause them to be less sensitive to the pain and suffering of others, more fearful and not trusting the world around them and ultimately become much more likely to use violence and aggressiveness towards others around them.
The majority of children in Syria have by now not only been under the electrified atmosphere in their homes, schools and everywhere around them, but they also have seen complete unclouded scenes of how monstrous humanity can be.
If the point of showing this movie to kids was to brainwash-frighten them into joining the side of Assad’s regime, then it’s very idiotic not to notice that the psychological effects of this will create people even more simulating to those who are being projected as ISIS in the movie. And if that is not the purpose then clearly our children don’t matter even more than we imagined as their pure brains are being used to serve the benefits of an Assad regime’s boot-licking director and his crew.