Have Kerry and Lavrov approved partitioning Syria? 2 of 2 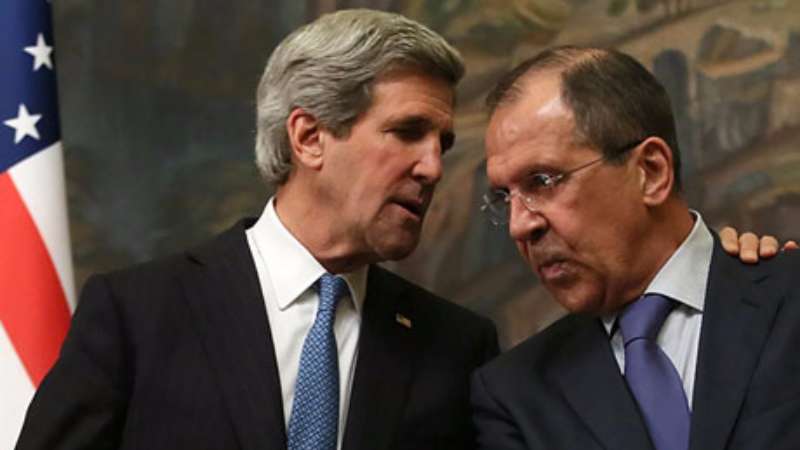 Orient Net -Sasa Post
“Obama’s betrayal” and the fragile ceasefire in Syria
In the aftermath of the military advances by Assad regime, backed by Russian airstrikes, and given Russia’s absence of commitment to Geneva III humanitarian and military conditions, along with U.S huge pressures to push the Syrian opposition to join in Geneva III, the U.S administration was accused of sacrificing its supposed allies as an easy prey to the Russian and regime bombardment, particularly after Russia made use of the international community’s preoccupation with the negotiations in order to set new facts on the ground.
After recapturing the major part of Latakia countryside, Assad forces started advancing north towards Aleppo and Idlib. Backed by heavy Russian airstrikes and pro-Iranian militias, regime forces achieved some significant advances in Aleppo countryside and were about to cut the city’s supply lines.
With the continuation of bombarding the city with barrel bombs, the Syrian opposition accused the United States of green lighting the Russian-Assad joint advances which made Kerry a target of a media campaign after being accused of abandoning the U.S allies and making massive concessions to the Russians.
However, ceasefire negotiations were resumed amid intended indifference of the huge change in balance of power. The truce went effective February 27 amid relatively calm atmosphere. The truce allows Russia to secure its recent gains and negotiate from a winning position particularly after Assad forces took control of many areas in Aleppo countryside. This will make Russia more committed to the truce, or at least it will be careful to show that it was the side which started the ceasefire. Nevertheless, the truce is unlikely going to last for a long time according to many causes mentioned in Middle East Briefing:
The first is that ISIS suddenly intensified its operations in an open message to all concerned parties. The message reads: “Ceasefire? What ceasefire? Have you forgotten that we are here?” And ISIS can indeed disrupt the ceasefire, if it ever starts in any serious way, flare emotions through a chain of targeted terrorist attacks and continue until it ceases the ceasefire.
Secondly, there are high expectations in the region and in the US that Assad and Russia will not respect the ceasefire. They may not break it openly in the beginning, but the slightest breach would be met with a response that will certainly push the ceasefire out of stage.
Secretary of Defense Ashton Carter, CIA director John Brenan and Chairman of Joint Chiefs of Staff General Joseph Dunford expressed varying degrees of pessimism about prospect of Putin-Assad-Iran readiness to implement the ceasefire in goodwill. The trilateral alliance’s battle for Aleppo is in midway, and this alliance sees prospects of victory materializing slowly on the ground.
Thirdly, Syria’s non-terrorist opposition groups are also skeptical about chances of success. A good portion of those groups accept the ceasefire. The portion which refuses would continue the fight. For a ceasefire to work, the majority of those who shoot at each other should silence their guns. But if a considerable minority carries on, there will be no ceasefire.
Fourthly, it is enough for the Russia to bomb a group to make the others abandon the ceasefire. The map of areas of control of various armed groups in Syria is maddeningly entangled and intricate. There is no way for the Russian air raids to exclusively target those who breach the ceasefire. If the groups which accepted the deal are targeted, they will abandon this deal immediately.
Finally, a ceasefire may be considered by some groups in the opposition as an attempt to split the general body of the opposition even more. Those who would abide by the de-escalation plan would be attacked by other groups of opposition which keep fighting. The trilateral alliance of Russia, Assad and Iran would then bomb both. The net losers in this case would be those who accepted the ceasefire.